Candy Takes Time To Thank All For The Support 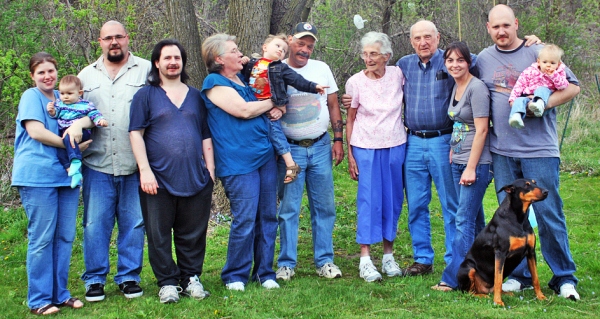 I would like to start by thanking everyone who has been so supportive.  The support you have given to Dean means a lot to me. This has not only been physically draining but emtionally as well.  I do not know how I would have made it through the past few weeks without him, especially this last one.
Dean says I am a survivor.  I can’t say that yet, a fighter yes. I will be able to say survivor when the doctor’s tell me I am cancer free.  I think everyone looks at what the person with cancer is going through but how many look at what their family is dealing with. Dean has been to every doctors appoinment with me starting from finding the lump to finding out it is cancer. All of which happened so fast it is overwhelming. I wish I could but know I wont ever forget the look on his face and my son’s when they said it was time to say goodbye and me to go to surgery. Once out and in a room Dean was there for me every step of the way. I couldnt lift anything, sit up on my own, stand on my own, barely able to think.Calling the nurse when the pain was so bad I couldnt , walking with me in the hall.  And once home he has done everything for me right down to setting up a table on my right, me being left handed and the surgery on my left side, I couldnt use my left arm. Putting on my socks, washing my hair, carrying a bowl of cereal that was too hard for me to carry and walk. He still at times needs to help me stand up, opened those darn childproof medicine bottles which I can not open yet. He will have to change my bandage as I cant reach to do it myself.  The little things adds up but he never complains, he drops everything he is doing to help me.
We still have a long ways to go, Wednesday we will go over the referrals with the doctor for the next step. Chemo is a definite and because there was also cancer in the lymph nodes pretty sure radiation as well. We laugh and joke which to some people might sound crazy but if we dont we will drive ourselves crazy.
A picture of Dean and I was requested but after thinking about it I thought its not just about Dean and I.  Its our family as well. The day I came home, took a nap and woke up I told Dean I need to see my parents. I could have called them, told them I was home and doing well, but it wasnt enough. I had to see them. My mother has
Alzheimer’s, in the early stages I believe. Yet she is so clear minded when I talk to her, so supportive as is my Dad. Both in their 80’s and stronger than anyone I know. Our children and grandchildren who bring us so much love and joy. So I chose a picture of Dean and I with our family who has been there every step of the way with us.
Thank you again for all the support you have sent our way…. Candy Wilt
Uncategorized Comments Off on Candy Takes Time To Thank All For The Support Print this News
Bradford Files: No Cheese Please Just Burger (Newer)
(Older) Tributes Pour In For Queen Of Country Kitty Wells