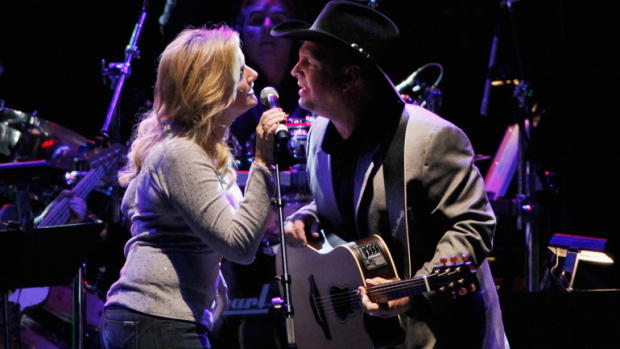 To Help Celebrate 12 Days of #UglyXmasSweater

Yesterday evening, Garth Brooks and Trisha Yearwood exclusively announced via Facebook Live from the set of his weekly series “Inside Studio G: A Monday Night Conversation”  that starting today for 12 straight days, they invite fans to join them in posting ugly Christmas sweater photos with the hashtag #UglyXmasSweater, to celebrate Christmas together. The campaign is a play off of their featured track, “Ugly Christmas Sweater” off their first-ever duets album Christmas Together (Pearl Records/Gwendolyn Records).

The album debuted at No. 1 last week on Billboard’s Top Country Albums Chart and is available at Amazon and Target.

Fans can also go to UglySweater.GarthBrooks.com to upload a photo of themselves in an ugly Christmas sweater to a custom #UglyXmasSweater filter and for the chance to have Garth and Trisha share their photo on Facebook, Twitter and Instagram in a video compilation at the end of the 12 days, celebrating the campaign.