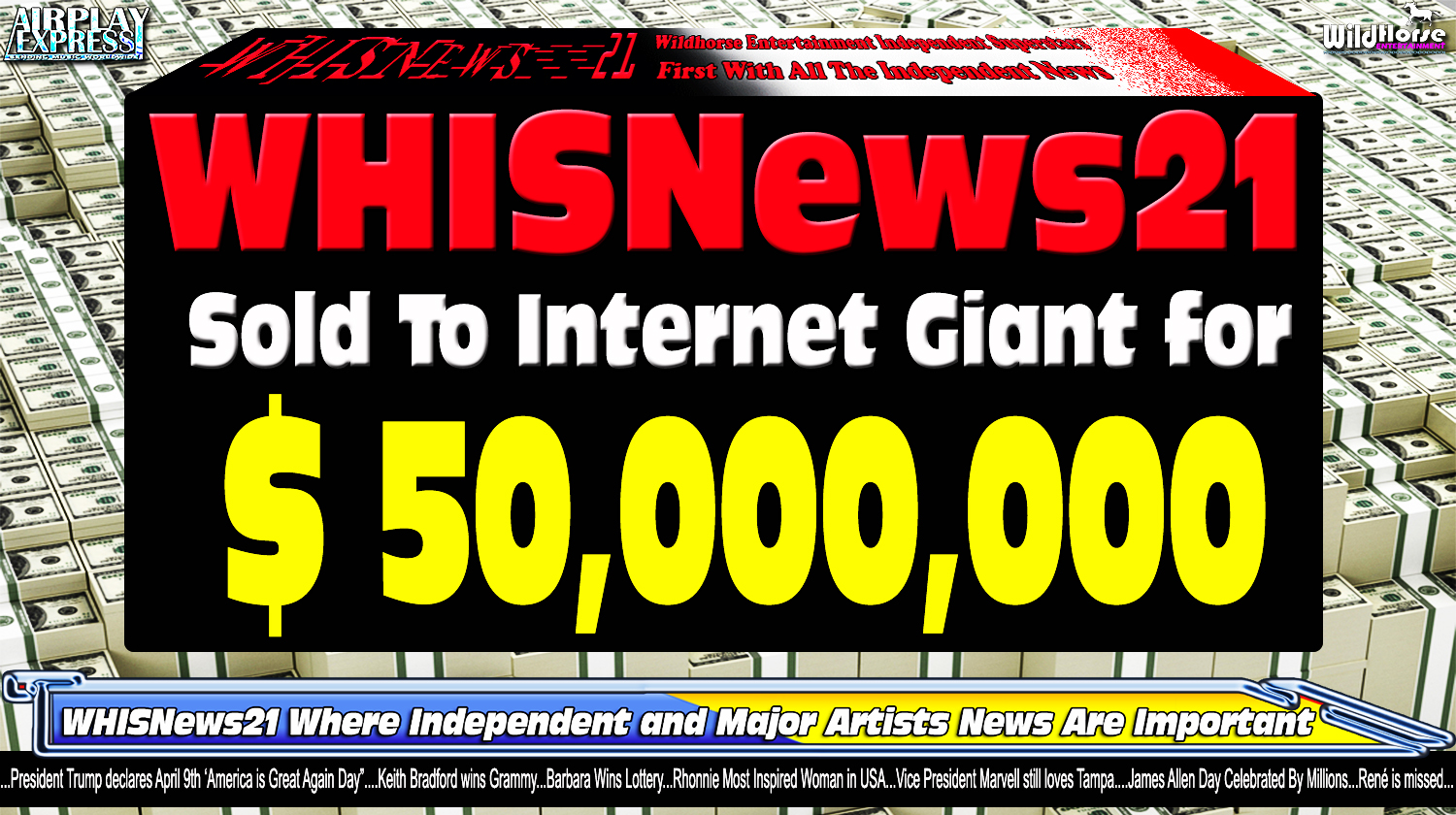 WHISNews21 was started 4 years ago by Frans Maritz an out of work down and out South African who had a dream of starting a News Network for Independent Music Artists like himself to get their news stories out to the world. WHISNews21 started off small with only 55 visitors during the first month but grew to over 1,000,000,000 visitors in 2016. The minimum visitors WHISNews21 has, as per their stats records, is not less than 500 per day plus almost a 1000 who follow the news  daily which is not counted as daily visitors as they read the news directly in their email In boxes.

Frans Maritz was finally tracked down this morning having breakfast at a local coffee shop and to comment on the Goggle buyout. Maritz seemed shocked at first by the news and said it was the first he had heard about this and said to his knowledge he knows nothing about it. Maritz’s initial comment was, “Do you think if that was true I would be sitting here alone with my wife Cathy, if I just had $50 million dropped into my bank account? Let’s face it if that was true I would be getting calls from friends that have forgotten me and my cell phone would be buzzing off the table here. No it’s not true and you can take that to the bank.

After a few phone calls and a great cup of coffee we finally realized that this was all just another one of those April Fool Jokes and we were all caught hook line and sinker here. So please everyone, the rumors are not true there has been no buyout it is simply just another foolish April Fools joke. Maritz’s final comment on the matter was,”Why Pick On Me, I probably need that $50 more than most. If I did get it I would certainly have helped all the people, and there are at least a few, who have helped me make WHISNews21 so successful over the past 4 years, financially. I mean lets face it $50 million is so very much more than I would need to have a better life.”

Just to clear it up once more the rumors are completely untrue, business carries on this morning at WHISNews21 annd no, and we repeat no offer to purchase WHISNews21 by Goggle has been made and it has just been a April Fools joke played almost successfully played by someone out there, Was It You? If it was please let us now by making a comment on this special day April 1st, 2026