Ebola Is It The Biggest Hoax or Killer Of The Century ? 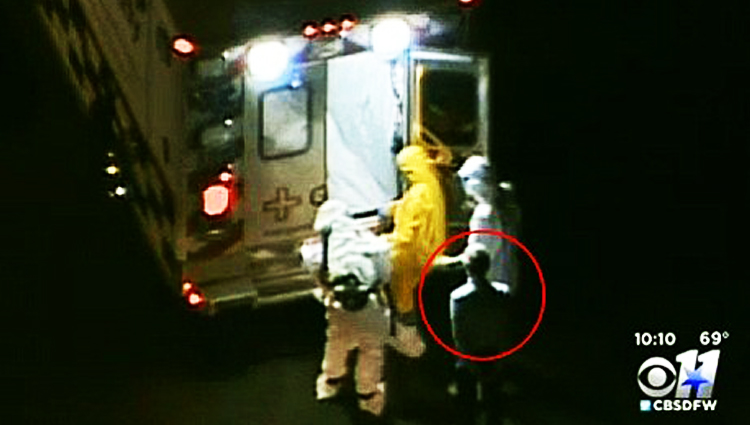 Ebola Is It The Biggest Hoax or Killer Of The Century ?

Viewers Quickly Notice Something That ‘Makes No Sense’ in

I am so confused as I read some reports and watch YouTube video exposing the Ebola crisis as a hoax. The videos on YouTube are so convincing and now this video from Atlanta Airport, I certainly would very much want to believe that the Ebola Crisis is a Hoax. Yet if it is I am even more worried about why this Hoax is in effect. I copied some of the comments on different news and social network websites and pasted them below for you to read as I don’t want to be the only one feeling this afraid of what’s going on, on this beautiful Sunday morning. I removed their names as I thought it best, no need looking for more trouble. – WHISNews21

Comment 1:  I truly hope that I am wrong but I think that the Dems are looking at the ebola virus as an opportunity to eliminate a percentage of the population. Think about it, for the green movement it all makes sense. Mother earth is fighting back against over population. They have already linked the outbreak to global warming. A large outbreak in the U.S. will also level the playing field for the fundemental change to america because they could declare martial law and take away as many civil liberties as they wanted. With a huge ebola scare you wouldn’t even think about the political turmoil that is going on and many other things would become irrelevent. Throw on top of that the opportunity to eliminate anyone they wanted for whatever reason and no one would even think anything of it. If thousands of people were prononced dead each day from the disease then no one would question a person passing who was outspoken in their opposition to this administration. Never let a good crisis go to waste.

Comment 2: Ebola is worse than they’re saying! Ebola a is a hoax! Pick a conspiracy and stick with it. You’re giving paranoia a bad name.

Comment 3: I think that thing in the Spite House should be taken out and kissed on his ugly lips by an ebola patient (male would be his preference). WHY did he bring back a sick ebola patient to America? WHY does he not stop all flights to Africa like the European natians did? WHY does he say his first priority is the African people? But I guess there’s about a million “whys” and only one answer. To bring America to its knees. Gee, sounds like an emergency might be called just around election time. What a pos.

Comment 4: Despite all the scandals/problems happening around us, it won’t change the election out come. The fix is in. Divide and conquer with all the scandals, which will anger the voters and cause a republican victory IF, and that’s a BIG IF, it’s an honest election. After the republicans vote in large numbers and still lose in the elections, it will cause even more hate and discontent, bringing us even closer to the boiling point. I have a feeling that these upcoming election results are already pre-determined and in the bag for the dems (I will still vote anyway) and their desired outcome is not only to remain in power, but to push us to the brink of an uprising which will, in turn, give them an excuse to use a heavy hand to rule us. History repeats itself, and it can and will happen in America. We are about to become part of an ugly chapter in history. The question is are we going to write our own happy ending, or are we going to be written completely out of the story? Stay aware, be prepared, and trust your gut over any news story, things could get pretty ugly by years end. Cling to your beliefs, and may God be with you and yours, my friends.

Comment 5: That and it would sure keep people home during the upcoming elections. A dirty Dem party trick?? Notice they’re not as concerned about ebola as the GOP is. You know, neither am I normally but my colleagues and I were discussing consp. theories the other day that have turned out to be true. Started out as making fun of consp. theorists, but in the end, turned out to be not so funny.

Guess they’re onto something questioning every single story from all sides. Backwards and forwards. Inside and out. Everyone should do that anyways. Besides, the govt are the biggest conspiracy theorists of all. They trump up charges of conspiracy everyday and to get to the proof of their charges, they have to wade through theories until they can prove their case.

Comment 6: There’s many conspiracies. If you know anything about history, then you should know this. People allow their common sense and good judgment to be clouded by being labeled negatively, and in this case it is wearing a tin foil hat. Facts are facts. And fact is that money is the root of all evil. If this is not obvious to someone then they are asleep at the wheel. Corruption runs deep and it takes lies to cover them. That’s called conspiring amongst those that run the show.

Comment 7: Interesting that the CDC recommends minimal attire (not even booties) for treating those with ebola, yet these CDC personnel are dressed from head to toe in protective suits with respirators.

Comment 8: All I can say is, “Thank you, President Obama, fearless leader.” You’ve pulled it off again, and we just keep on bowing and kissing your feet. You could be the first real emperor to wear no clothes and really get away with it. I’m sure that once ISIS gets here, all your goons will be saying they won’t spread throughout the country too widely. We’re in trouble. Why do we want a dictator wannabe running our country? And, let’s see, I think he has/had one person on his staff that strongly believed in de-population. Is this the answer?

Comment 9: This is not a joke. We are all doomed. This is all planned. Hope we have been prepping for anything. This is worse than zombies………

Comment 10: Ihe left hand is working so hard to be noticed here that you have to wonder what the right hand is doing. I have never been a conspiracy theorist. For me, Occam’s Razor more often than not points to simple coincidence where others see complicated conspiracies. But the apparent examples of astonishing incompetence by the very people who are supposed to be the world-class experts … and this in full view of the public … coming again and again in such rapid succession has the concept of False Flag screaming in my mind. Again, I ask, what is it we’re not supposed to be noticing right now? What is it we would be seeing if we weren’t so riveted by the spectacle of stupidity being paraded before our distracted eyes?

Well the above is all I have time for and in closing I would like to inform the world of the following;

I am not and have never been suicidal, I am healthy and not feeling sick in anyway, I drive my car at a reasonable speed and I am a safe driver, I love life and have no known enemies and do not take part in any illegal activity, I do not smoke and only have a drink about once a year. My doctor says my heart is in a really good order for my age, so if anything happens to me after any of the articles as published above, please dont be foolish to just believe it to be the whole truth and nothing but the truth.

OK yes, I am making a joke but then you never know……do you?

No Comments to Ebola Is It The Biggest Hoax or Killer Of The Century ?