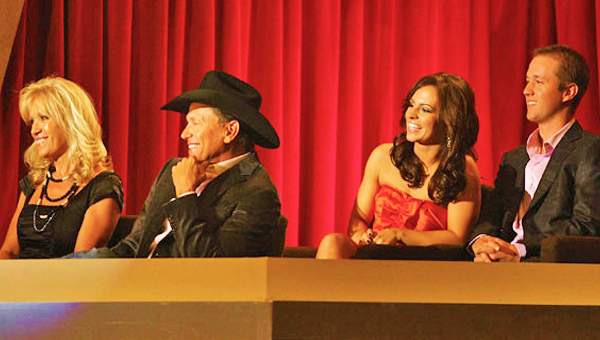 George Strait and his wife Norma have one son, George Strait Jr., better known as “Bubba.” Bubba was born in 1981, and just recently made the King of country music a proud grandfather to George Strait III. That’s him on the right, alongside his bride, seated behind his dad and mom.

In recent years, the father and son have taken to writing songs together, including Strait’s current single ‘Drinkin’ Man.’ The famous singer also had a daughter who died in an automobile accident in 1986. Jenifer Lynn Strait was just 13-years-old at the time. She died in San Marcos, Texas while out with friends.