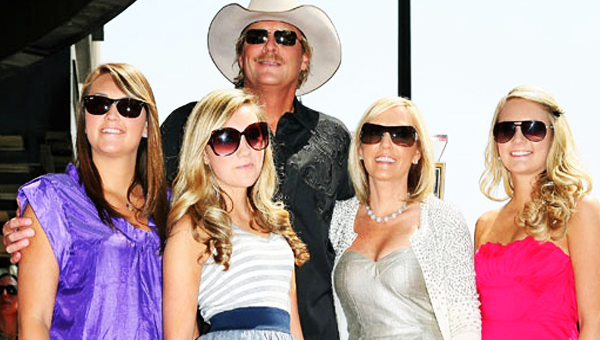 Alan Jackson and his wife Denise waited almost 11 years before having their first child. They now have three beautiful daughters, seen here at his Hollywood Walk of Fame induction ceremony in 2010.

Mattie is the oldest, born in 1990, followed by Alexandra (1993) and Dani (1997). The older girls are dating now, and the singer says he’s had to give them “the talk.” “I told my daughters I was a nice boy. I was a good kid, and I know what I was trying to do when I went out on a date,” Jackson said. “I don’t care how nice they are! Boys are boys.” So far, all the boys Jackson hasn’t liked have mysteriously “gone away.”

By Billy Dukes     Taste Of Country