War May Break Out At Any Moment ? 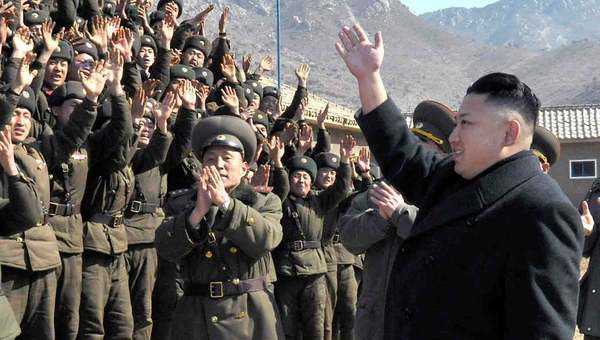 SEOUL, March 27 (Reuters) – Reclusive North Korea is to cut the last channel of communications with the South because war could break out at “any moment”, it said on Wednesday, days of after warning the United States and South Korea of nuclear attack.

The move is the latest in a series of bellicose threats from North Korea in response to new U.N. sanctions imposed after its third nuclear test in February and to “hostile” military drills under way joining the United States and South Korea.

The North has already stopped responding to calls on the hotline to the U.S. military that supervises the heavily armed Demilitarized Zone (DMZ) and the Red Cross line that has been used by the governments of both sides.

“Under the situation where a war may break out at any moment, there is no need to keep north-south military communications which were laid between the militaries of both sides,” the North’s KCNA news agency quoted a military spokesman as saying.

“There do not exist any dialogue channel and communications means between the DPRK and the U.S. and between the north and the south.”

North and South Korea are still technically at war anyway after their 1950-53 civil conflict ended with an armistice, not a treaty, which the North says it has since torn to pieces.

The “dialogue channel” is used on a daily basis to process South Koreans who work in the Kaesong industrial project where 123 South Korean firms employ more than 50,000 North Koreans to make household goods.

About 120 South Koreans are stationed at Kaesong at any one time on average.

Kaesong is one of North Korea’s few hard currency earners, producing $2 billion a year in trade with the South, and Pyongyang is unlikely to close it except as a last resort.

The North’s military spokesman representing its “supreme command” did not mention Kaesong, which has suffered temporary shutdowns before.

The South’s government said it would take steps to ensure the safety of the workers at Kaesong. It did not elaborate. (Reporting by Jack Kim; Editing by Nick Macfie)

Uncategorized Comments Off on War May Break Out At Any Moment ? Print this News
Carrie Underwood Admits to Wee Bit of Control Issues (Newer)
(Older) Rhon’s Wednesday Inspiration From Jesus Calling

No Comments to War May Break Out At Any Moment ?