Independent Artists Do U Want It All For Free? 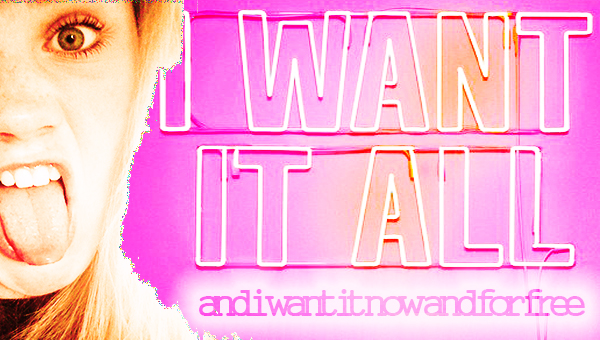 I paid $20 and you said you would move the earth,

The earth did not move enough for my liking so I want my money back or else,

You will never work in this town again, I will make sure of that.

I have recently noticed that most Independent Artist get their publicity mostly for free, and some pay a very small fee for the same publicity that would normally cost them 10 fold had it been through a well advertised company, for example “Air Play Direct” or any of those companies. Some artists get their music played free by Independent DJ’s worldwide who work many hours and at their own cost to help Independent Artists, yet the artists hardly ever take the time to even give them any credit for that. So am I right to say that some Independent Artists don’t deserve the free promotions and radio play that they get?

I can give you an example of how artists forget or do not bother to thank the people who help them. Just taking one example, every week I cut and paste the whole TOP200 country chart from my friend Tom Kawai from Japan and create a weekly spot for him on WHISNews21 just so that more artists can see their songs on the chart and the great work that Tom does. This takes me about an hour to complete from start to finish once a week. Yet as of right now not one artist on that Top200 has commented on WHISNews21 and thanked me for taking the time to do this, yet they have thanked Tom Kawai hundreds of times on WHISNews21 comments for playing their songs and featuring them on his TOP200. I am merely using this as an example to pointing out the fact that some independent artists don’t thank the ones who really help them with their careers without any compensation whatsoever.

Another very sad situation and even more alarming situation I have recently discovered is that an Independent Artist and I will not mention his or her name, called up the promo person and complained bitterly about him not delivering the services he promised for an amount that would not even have covered the time spent on the artist. However the promo person in question and once again I will not mention his name either, decided to refund the amount after all the radio work, program work and promotional work was done. The artist wanted the money refunded via Paypal too which means that the promo man will lose 3% of the amount to Paypal. So after all this the artist got all the promotions done for nothing and the promo man had to pay 3% of the amount to do the work for them. To top this all off the artist is going to talk badly of this promoter who only tried to help. The promoter charged a fee so little that he would not even have been able to take his family for lunch at the Cracker Barrel with so little money.

So can Independent Artists afford to insult promoters, publicist, and producers when they pay only a fraction of the price for their services. The answer is a great big NO. We are not dishonest and we are not dogs, we are here to help the artists and if they cannot see this then there is no hope for them or us. Just for the record I would like to add that I have personally heard my music on numerous radio stations that was a direct result of the work from this promoter.  I didn’t even know he sent my music to those stations let alone the fact they were playing me.

SOME ADVICE TO INDEPENDENT ARTISTS DONT BURN YOUR BRIDGES BECUASE YOU HAD A BAD DAY. YOU DONT HAVE TO TAKE THIS ADVICE AS YOUR HAVE FREE WILL BUT DONT THINK YOU CAN DO IT ALL ON YOUR OWN

Uncategorized Comments Off on Independent Artists Do U Want It All For Free? Print this News
Marty Martel Prayer Line For Wednesday March 27 (Newer)
(Older) Carrie Underwood Admits to Wee Bit of Control Issues

No Comments to Independent Artists Do U Want It All For Free?