Donkey, Buffalo Found In SA Meat & In Your Country? 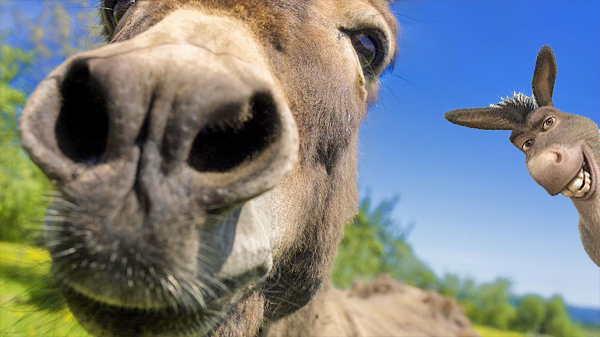 It Also Seems That It Is Not Just In SA it Could Be In Your Country Too. So, Have You Had a Donkey Burger Lately And Did Not Know It?

Cape Town – There’s a fair share of fraudulent meat products on the South African market, according to a new study by meat scientists from Stellenbosch University.

The study found that anything from soya, donkey, goat and water buffalo were to be found in up to 68% of the 139 minced meats, burger patties, deli meats, sausages and dried meats that were tested. In other cases, even undeclared plant matter was detected.

These ingredients were not declared on the products’packaging labels, the study found.

The findings follow in the wake of various international food produce scandals that have made headlines.

“Our study confirms that the mislabelling of processed meats is commonplace in South Africa and not only violates food labelling regulations, but also poses economic, religious, ethical and health impacts,”said Professor Louw Hoffman of the Department of Animal Sciences.

The products tested were collected from retail outlets and butcheries.

Of the 139 samples tested, 95 (68%) contained species which were not declared on the product labelling. The scapegoats in general were sausages, burger patties and deli meats.

Soya and gluten were found in 28% of the samples, without being identified specifically as plant material on the labels of the specific meat products.

A strong case of meat substitution was also reported. Pork (37%) and chicken (23%) were the most commonly detected animal species in products that were not supposed to contain them.

“Unconventional species such as donkey, goat and water buffalo were also discovered in a number of products,” said Hoffman.

“Our findings raise significant concern on the functioning of the meat supply chain in South Africa,” said Hoffman. “Even though we have local regulations that protect consumers from being sold falsely described or inferior foodstuffs, we need these measures to be appropriately enforced.”

“The meat industry’s failure to provide vital information on products may not only decrease consumer confidence in their organisations, but also in the meat industry as a whole.

She believes that targets must be set to improve meat labelling practices and to address the adequacy of authentication monitoring methods. “I do not believe that the current penalties issued for non-compliance are sufficient to deter fraudulent practices.”

The study was published in the international Food Control journal, and was done by Dr Donna-Maree Cawthorn and Professor Louw Hoffman of the Stellenbosch University Department of Animal Sciences, in conjunction with Harris Steinman of the Food & Allergy Consulting & Testing Services (F.A.C.T.S) in Milnerton.

Could you be eating horsemeat?

I am still doing a lot of Donkey work, maybe I should wear a sign:

I ONLY WORK LIKE A DONKEY I AM NOT REALLY A DONKEY!

General News Comments Off on Donkey, Buffalo Found In SA Meat & In Your Country? Print this News
Does Kanye Feel Rejected By Swift & Can’t Handle It ? (Newer)
(Older) Judy’s Notes: Artist of the Year 2012 Hits A Good Note

No Comments to Donkey, Buffalo Found In SA Meat & In Your Country?