Why Another Massacre Is Just Around The Corner 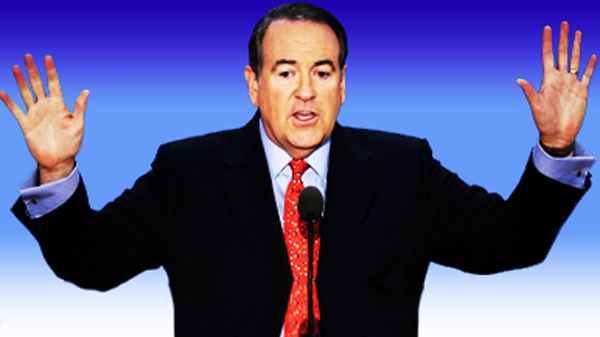 They call the remarks below Outrageous and make out that he is some crazy person, this is no joke anymore. Are the people calling these remarks outrageous, responsible for playing their part in the next massacre. Below this article I have posted some of the responses on Huffington Post, for you to read the anger against Christians, but please be warned their comments are like hate speech. I have left their names and faces out as they are not welcome on WHISNews21, but their comments are to be taken very serious.

Quoted directly from the Huffington Article: Former Arkansas governor Mike Huckabee (R) weighed in on the massacre at an elementary school in Newtown, Conn. on Friday, saying the crime was no surprise because we have “systematically removed God” from public schools.

“We ask why there is violence in our schools, but we have systematically removed God from our schools,” Huckabee said on Fox News. “Should we be so surprised that schools would become a place of carnage?”

This line of reasoning isn’t new for Huckabee.

Speaking about a mass shooting in Aurora, Colo. over the summer, the former GOP presidential candidate claimed that such violent episodes were a function of a nation suffering from the removal of religion from the public sphere.

“We don’t have a crime problem, a gun problem or even a violence problem. What we have is a sin problem,” Huckabee said on Fox News. “And since we’ve ordered God out of our schools, and communities, the military and public conversations, you know we really shouldn’t act so surprised … when all hell breaks loose.”

Adam Lanza, 20, is the suspect in a school shooting that left 27 dead Friday, including 20 children. Lanza is reportedly the son of a teacher at the school where the shootings occurred.

* Republicans are sick people ‘It’s just nothing else to make of these people!

* I wonder what Mike will do for a living … once the witness protection program has him set up in his new life?

* Well, you know how mad God gets when you remove him. We’re just lucky he didn’t decide to kill more kids.

* What a very stupid man.

* It’s really baffling the things politicians say but this is just beyond words.

* So god takes out his frustration on little kids ?

* I don’t believe in god because of things like these but, the god that this man believes in is sick.

* F#*k your god Huckaby! Any god so vindictive to kill kindergartners as “punishment” c

* Mr Huckabee, your god and everyone else’s does not belong in OUR public schools…period.

* F*#k god! If he’s that vindictive to kill elementary school kids as a form of “punishment.”

Every one of the above comments are from different people, there are many, and I mean many more, but I don’t have the time to copy and paste them all. However if you read them slowly, and let every one of the comments sink in, you will be very clear that these people hate us, and I say us, as if we say anything to any one of the above commentors they will attack us either with their foul mouths or they may even attack us physically, and the end, if they don’t get their way they may even kill us. I know that sounds harsh but if you keep your eyes and ears open to what is being said you will notice that the language and attacks on CHRISTIANS are getting more and more by the day. Everyone of the comments above can be defended by Christians, if we want to, yet they will not even listen to us. That is the way it seems to be right now at the end of 2012.

Maybe it is true the world as we knew it has come to an end.

PS….Hillary Clinton slips and falls has stomach ach and now will not be able to testify in the Benghazi Affair. Well I am not fooled by that, as she will not testify now, problem solved.  But what does my opinion matter, the masses are wearing sun glasses and ear plugs.

No Comments to Why Another Massacre Is Just Around The Corner