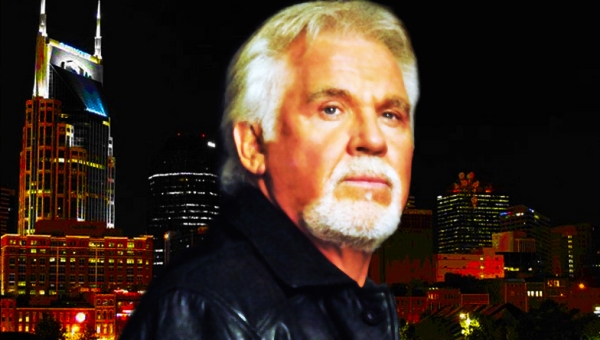 NASHVILLE, TN – December 12, 2012 – Kenny Rogers is teaming up with the Bergen Performing Arts Center and the Englewood Fire Department in Englewood, New Jersey, with the help of sponsors Fisher-Price and Mattel, to collect toys this holiday season for children in need in Bergen County, New Jersey, including areas severely hit by Hurricane Sandy. Always an important event in the community, the annual holiday toy drive will carry special significance this year taking into account the devastation Hurricane Sandy caused throughout the state of New Jersey.

Rogers, who brings his 23-city Christmas and Hits Tour with special guest Billy Dean to the bergenPAC on Wednesday, December 19, will match monetary donations up to $10,000 to purchase toys for the drive. In addition, Fisher-Price has generously donated 200 toys, and Mattel is offering a special discount on toys purchased with monetary donations raised during the drive, assuring that every donation received will go even further.

Donations to the toy drive can be made in three ways:

2) Monetary donations collected the night of Rogers’ concert. Cash, checks and credit cards accepted. Checks should be made out to: Bergen Performing Arts Center and must include TOY DRIVE in the memo of the check.

3) New, unwrapped toys will be collected at bergenPAC on the night of Rogers’ concert.

Members of the Englewood Fire Department and bergenPAC representatives will be at Rogers’ performance to collect toys and monetary donations. Englewood firefighters will volunteer their time to deliver toys to area children in need prior to Christmas, in conjunction with bergenPAC, a not-for-profit 501 (c)(3) organization.

“As I sit here day after day watching on T.V. what has happened to the people of your state, I keep thinking and praying for everyone ‘up there’ and I realized… I’m going ‘up there,’” Kenny Rogers said. “It’s really tragic to see, as an outsider, all the destruction that has taken place – the lives, the houses and the businesses that have all been lost. What really breaks my heart, though, is to think of all the kids in the community without toys this Christmas. That should never happen. I realized there was something I could do about that when I come to perform in Englewood. My thought is to match all donations up to $10,000 that the audience is willing to contribute in the hope that we might raise at least $20,000 to buy toys for some of the kids in the community. We would also welcome anyone who comes out to our show to bring a new toy to donate to help make this Christmas a little brighter for many children. I appreciate all of your help. I would like to thank bergenPAC and the Englewood Fire Department for all they are doing to make this a success, as well as Fisher-Price and Mattel. Have a Merry Christmas.”

“Bergen Performing Arts Center exists first and foremost to benefit the community and we appreciate the opportunity to contribute in yet another way through this toy drive,” Bergen Performing Arts Center CEO Dominic Roncace said. “Our thanks go out to Kenny Rogers and the Englewood Fire Department for their thoughtfulness, generosity, and great efforts to help children and families hardest hit by Hurricane Sandy. We look forward to a stellar turnout at Kenny’s show on December 19th, which will surely be a night to remember, and also a generous response for the kids to brighten up their holidays during these trying times.”

“The Englewood Fire Department is very excited to be partnering with Mr. Kenny Rogers and the bergenPAC this holiday season for our annual toy drive,” Ray Rodriguez, Lieutenant – Englewood Fire Department said. “On behalf of the hundreds of families we will be helping this year, I would like to send a heartfelt thank you. The best part of our annual toy drive is seeing the smiles on the kids’ faces when we give them their bag full of toys. For that I am grateful to Mr. Kenny Rogers and the bergenPAC. I encourage everyone in the community to be a part of Kenny Rogers’ generous matching gift offer.”

Toys are being collected for the toy drive at all upcoming bergenPAC concert events during the month of December up through Rogers’ show on Wednesday, Dec. 19.

Tickets for Rogers’ Dec. 19 performance at Bergen Performing Arts Center at 8 p.m. are available at Ticketmaster.com or bergenPAC.org or by calling the box office at 201-227-1030.

About Kenny Rogers:
Kenny Rogers has sold over 120 million albums worldwide and is the R.I.A.A.’s eight best selling male artist of all time. During his 50-plus-year career, Rogers has recorded 24 No. 1 hits and 12 No. 1 albums while earning countless honors, including multiple Grammy Awards. Amazingly, Rogers has charted a record within each of the last seven decades. Rogers became a New York Times Best Selling Author with the release of his autobiography, Luck Or Something Like It, in October 2012.

About Englewood Fire Department:
The mission of the Englewood Fire Department is public safety, the protection of life and property against all hazards. The department is committed to providing this protection in a dedicated, professional manner, exhibiting compassion for all those in need, accomplishing its task through the efficient delivery of fire suppression, emergency medical care, fire & environmental investigation, public education, hazardous material mitigation, and code enforcement/fire prevention services to all of Englewood’s residents.

Uncategorized Comments Off on Rogers to Match Donations Up to $10,000 For Toys Print this News
Breathalyzer with Parking Timer and Flashlight (Newer)
(Older) Raw Deals Finally Turn Sweet For James Marvell