Taylor, Kenny Among Highest-Paid Musicians of 2012 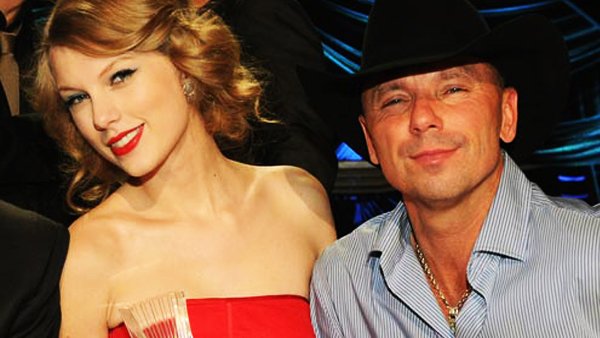 Mirror, mirror on the wall, who are the highest paid country musicians of them all? That honor goes to country favorites Taylor Swift and Kenny Chesney. The superstars, along with Toby Keith, earned spots on the Forbes World’s Highest-Paid Musicians of 2012 list. And you know that ain’t a bad place to be.

Taylor Swift landed in the plum position of No. 7, tying with Paul McCartney, who is a legend and has been at this music industry game a lot longer than she has. Earlier this year, the 22-year-old star was named the highest celebrity earner under the age of 30. The ‘We Are Never Ever Getting Back Together’ singer raked in income receipts of $57 million, thanks to her music, touring and cosmetic endorsements, like her CoverGirl contract and her perfume portfolio.

Toby Keith wasn’t too far behind on the 2012 list of highest-paid artists, landing at No. 10 with $55 million in earnings. That’s quite an impressive feat. As for Kenny Chesney, he took the No. 17 spot, but don’t doubt his cash flow — he tallied up a whopping $44 million.

The sheer numbers here are enough to blow anyone’s mind. But given how dutifully these three entertain their fans, they deserve all the fame and good fortune that has befallen them.

Uncategorized Comments Off on Taylor, Kenny Among Highest-Paid Musicians of 2012 Print this News
It’s Beginning To Look A Lot Like Christmas At Larry’s (Newer)
(Older) Likileaks File #2 It’s Just An Essay, They Say