Why Did We Give Our Lives For Freedom For All ? 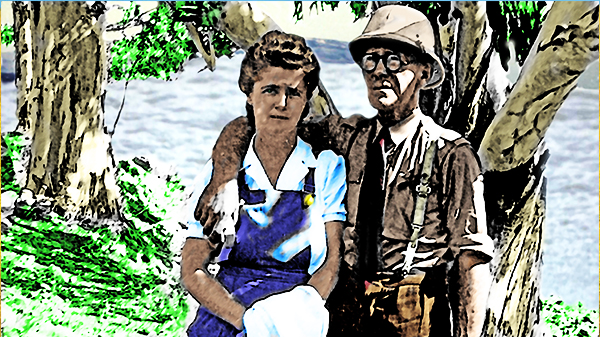 Today I ask myself the question, why did my Grandfather fight in two world wars on the side of Britain, America and Europe, for  the sake of freedom against the German Nazi’s world domination plan. I know I will never be able to find the answer to my question, as he died before I even started thinking about asking him the reason why. He may have been forced to join the South African army in world war one as the Boer people as they were known then were living in poverty due to the recent British invasion of the Boer Republic’s of the Orange Free State and Transvaal. World War I  was also a mere 13 years after the British murdered 24000 Boer children and about 5000 Boer woman in their South African concentration Camps.

The invasion which they called the Anglo Boer War was due to the greed of Britain to take control of the Goldfields of the Transvaal. It is also to be noted that the war crimes committed by Britain at that time against innocent young Boer children has always been wiped under the carpet and up and until today they have shown no remorse for these crimes against humanity. Then in the second world war my Grandfather once again was shipped off to Europe to fight in another war against the Nazi German army on the side of the British and it’s allies,which eventually took him to North Africa.

As a child I remember him always sitting on the front porch drinking tea and always looking out across the back yard, and I can only now begin to realize that even though he was sitting there his mind was on some battlefield filled with blood, bullets and the sound of dying soldiers.

So now it is 2012 and my Grandfather died many years ago as my father too, and I sit here and wonder why no one in America or Britain will or wants to recognize the fact that we gave our lives for their freedom too. I include myself here to, as if my Grandfather was not wounded but killed in one of the two wars I would not be here today. Our sacrifice was made for nothing as today we cannot ask for help from Britain or any of its allies to move away from this country where we are being eliminated one by one, day by day. The only way we can be accepted with open hands is if we had the money to immigrate, and I mean close to a million dollars which very few have to escape out lot here. Yet in the two world wars every single South African soldier who died or was wounded died in place of one of your own Sons, if we were not there to take that bullet

Today I heard that the ANC government in South Africa has removed the flag that my Grandfather fought and sacrificed his life under for the sake of the free world, it has been removed from the Castle in Cape Town where it stood with all the old and new South African flags to commemorate the history, of South Africa past and present.

South African soldiers in both world wars made a huge difference in the fight for freedom and yet I believe it was for nothing, and I ask with tears in my eyes why did we help fight for freedom that we never got. Soon more Boer people will be killed than the total amount that died in the two world wars on our farms and homes right now. Nobody cared about our Soldiers who died for freedom in the wars and nobody cares about our Boer farmers who are murdered, raped, set alight, impaled and tortured and chopped to pieces with axes and machetes.

The liberal South Africans are quick to tell me to leave South Africa if I am not happy, but they don’t understand that most of the people like myself cannot leave, we don’t have enough money to do so and wont get a Green card to live and work in the USA or don’t have enough family or resources to immigrate. In fact 95% of South Africans who want to leave just cannot. So we just go about our daily lives by trying to stay out of trouble and hope that our number does not come up tomorrow morning, as if it does our passing will go as unnoticed as our thousands of soldiers who died in the Two World Wars and the thousands of Boer Farmers wives and children, mothers, fathers, grandfathers and grandmothers who have died since the beginning of the so-called South African Democracy of 1994. This week a good friend of mine arrived at his home and was attacked by three black men who beat him to a pulp, and were about to finish him off with their knifes when they were interrupted by passers-by. He is recovering in hospital and has been beaten so badly that he needs an emergency back operation but has to wait till his other wounds heal. My wife’s sisters child in Cape Town narrowly escaped a hijacking a few nights ago while she was on her way home on her little scooter from work. They grabbed her but she just kept her scooter going until they had to let go. There are many other stories which will never be told or heard by the world, but as for my Wife and I, we would leave this country today if we could. There is nothing more to save here, years from now the world may realize they made a big mistake to allow us to be exterminated but then it will all be too late. I am not looking for sympathy here, as I know everyone has their own problems, as even my friends in America, the UK and Europe have huge problems coming their way too. I suppose the truth is, I am just like most other people we all just want the truth to be known by all and not let the truth be buried with us.

Below is the article that prompted me to write this:

Cape Town – Many South Africans have reacted with shock to the news that the Castle of Good Hope in Cape Town will no longer display all the flags representing the regimes involved in the country’s history.

From now on only the new South African flag will be flown, reported Die Burger.

This followed after an ANC MP, Nomfunelo Mabedla, a member of the parliamentary portfolio committee on defence said seeing the old SA flag at the Castle upset her.

A decision was then taken that the Dutch, British Union and old SA flags representing the country’s historic heritage would be removed and that only the country’s newest flag would be flying at the Castle in future.

South Africans took to social media to express their outrage, saying the flags represented the country’s history, which didn’t start in 1994.

Some users stated that this decision didn’t bode well for transformation in the country and said it would promote racial hatred.

Mabedla apparently said the old flag had to be “put away in a museum with other artefacts dating from that era”.

“That flag belongs in a museum and shouldn’t fly proudly next to the SA flag,” Mabandla said.

– News24
SA Genocide Watch Comments Off on Why Did We Give Our Lives For Freedom For All ? Print this News
Marty Martel Prayer Line For Sunday 25 November (Newer)
(Older) Larry Hagman Dead: ‘Dallas’ TV Star Dies At 81

No Comments to Why Did We Give Our Lives For Freedom For All ?