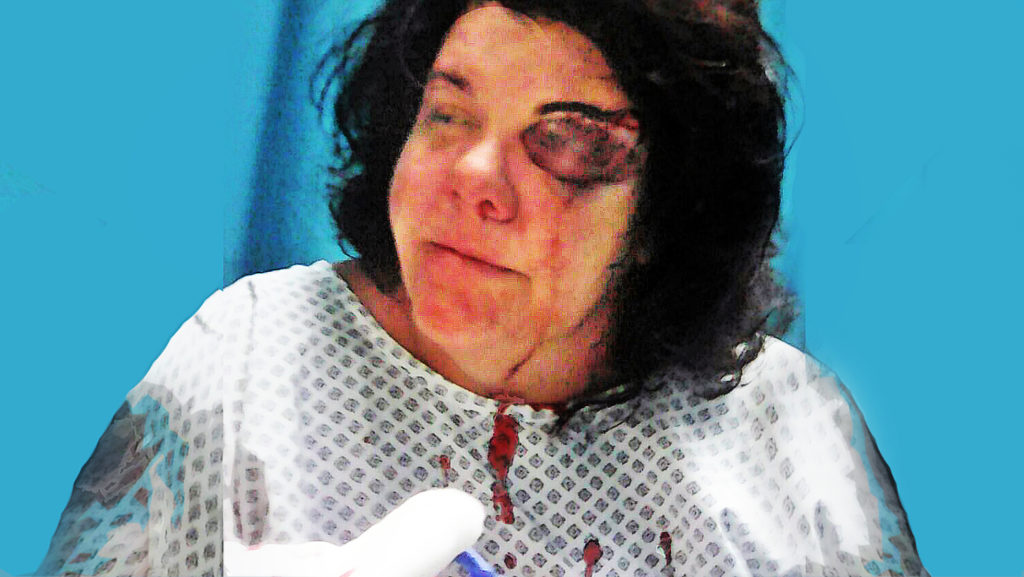 “The people don’t help. The whites look at you and then drive on”

Rustenburg – It was an attack “filled with hatred and racist comments”. “Today, you white bastards die,” one of the attackers told Marlene Hurford, 42, and a friend as they were being assaulted while their bakkie was hijacked in Rustenburg on Wednesday afternoon, Netwerk24 reported. The friend, Grant Short, was stabbed with a sharp object about 20 times.

Hurford is a Grade 3 teacher in a local school. She goes to work in her husband James’s bakkie every day, takes her granddaughter to a nursery school, and fetches her from there in the afternoon. However, the bakkie played up on Wednesday afternoon and she called Short to fetch her.

Before they got to the nursery school, three men jumped onto the back of the bakkie, near the cemetery on the so-called Kloof road, shortly after 15:00.

One of the men held a sharp object against Short’s throat and told him to keep going. The attackers assaulted Hurford and demanded her possessions and money.

“When I didn’t have enough money on me, I was kicked in the face. My rings were ripped off and my fingers broken,” she said.

The attackers left Hurford there, drove off with Short and stabbed him. They threw him out of the bakkie shortly afterwards.

‘There was so much hatred’

Hurford waited next to the road for about 30 minutes before a passing motorist helped her. “The people don’t help. The whites look at you and then drive on.”

The attackers stole the bakkie, cellphones, jewellery, and a tablet. “They wanted to harm us more than rob us. There was so much hatred when they took it.”

Hurford and Short were taken to the Life Peglerae Hospital in Rustenburg. Both have since been discharged. Hurford’s cheekbones and eye socket were fractured. Her nose and two of her fingers were broken.

“I’m finding it difficult to sleep, because I see that face,” she said.

After she blocked her stolen tablet, the attackers contacted the last number she called and threatened: “You white bitch, we are coming for you.”

Police spokesperson Lieutenant Colonel Amanda Funani said they were investigating charges of hijacking and assault. No arrests had been made.