Chinese Flooding South Africa Is It A Plan To Colonize 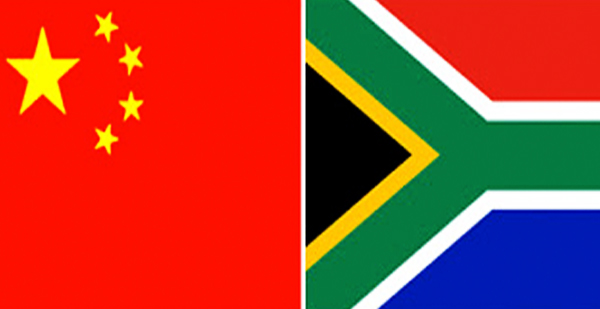 Without as much as a whisper the South African government allowed at least 400 000 Chinese to swamp the country during the past six years. Chinese migrants, mainly from the overpopulated Fujian province in China, have been shipped off to South Africa at an alarming rate. Spreading all over the country…..

Even in the remotest parts, between 6000 and 12000 “Chinese shops” sprang up – indicating that the phenomenon is well-orchestrated by both China and South Africa.

Prof Colin McCarthy, retired from the University of Stellenbosch, first noted the “Chinese colonization”. Says Prof McCarthy: “All the evidence indicates that the project to set up such an extensive network of Chinese shops, all following the same pattern and targeting the same market, was well researched, well planned, well organized and well financed”.

The young, unemployed couples from Fujian province settled into the network – pushing up cheap Chinese plastics, products and clothing into a lucrative retail chain far bigger than Pick n Pay, Pep Stores or Edgars. And to make matters worse: most of the Chinese shops are not registered and do not pay any taxes in South Africa; not even import or export duties – in fact, China put its clothing exports to South Africa to R11,3 billion in 2010; while South Africa’s failing statistics put the Chinese clothing imports at only R6,7 billion! It means that in one single year R4,6 billion worth of Chinese clothing entered South Africa illegally.

A South African Revenue Services employee spilled the beans on a small Chinese shop in a rural area where, when raided by SARS, R1,2 million was found under the counter.

Janet Wilhelm of the HSRC observes: “It is amazing how so many people can enter a country seemingly unnoticed!” She quotes the SAPS Aliens Investigation Unit as saying “many Chinese travel to South Africa via Mbabane, Maputo and Maseru from where they enter South Africa with false identity documents by road”.

Patrick Chong, chairman of the Chinese Association of South Africa, says: “Many would enter on tourist or student visas then simply stay”.

Researchers of Noseweek followed the Chen family where one pioneer settled illegally in South Africa, spreading within four years to 172 members of the family scattered across Lesotho trading Chinese products.

What is even more mind-boggling and sinister is that the South African ANC government officially proclaimed Chinese as “honorary blacks”, making them exempt from affirmative action, quotas and Black Economic Empowerment.

The whole “Chinese” experiment has been carefully planned, criminally enhanced, and no doubt… vast sums of money are involved, lining the pockets of very influential South African politicians.

It is ironic that while populists like Malema and Shivangu walk about claiming “land and minerals for the South African people”, the ANC government has allowed at least 400 000 additional Indians and Pakistanis, at least 400 000 Chinese and at least 10 million illegals from Zimbabwe, Nigeria, Mozambique, Angola and now also Zambia into the country…