Are Americans Going To Lose Their Liberty in 2012 ? 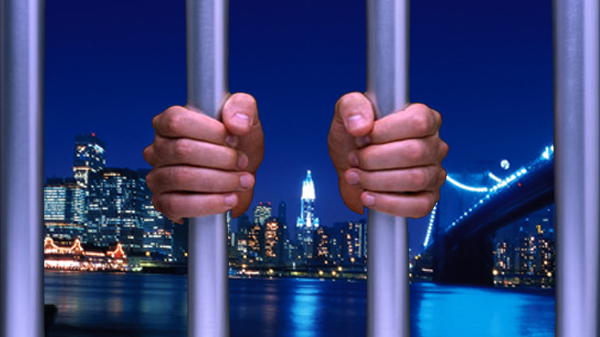 Very plausible outcome of another 4 years of OBAMA. Steve McCann of the American Thinker wrote this article. What you are about to read is accurate and it is scary. Obama’s Second Term Transformation Plans
.
The 2012 election has often  been described as the most pivotal since 1860.This statement is not hyperbole. If Barack Obama is re-elected the United States will never be the same, nor will it be able to re-capture its once lofty status as the most dominant nation in the history of mankind.
.

The overwhelming majority of Americans do not understand that Obama’s first term was dedicated to putting in place executive power to enable him and the administration to fulfill the campaign promise of “transforming America ” in his second term regardless of which political party controls Congress.
That is why his re-election team is virtually ignoring the plight of incumbent or prospective Democratic Party office holders. The most significant accomplishment of Obama’s first term was to make Congress irrelevant. Under the myopic and blindly loyal leadership of Harry Reid and Nancy Pelosi, the Democrats have succeeded in creating an imperial and, in a second term, a potential dictatorial presidency.
During the first two years of the Obama administration when the Democrats overwhelming controlled both Houses of Congress and the media was in a Obama worshipping stupor, a myriad of laws were passed and actions taken which transferred virtually unlimited power to the executive branch.
.
The birth of multi-thousand page laws was not an aberration. This tactic was adopted so the bureaucracy controlled by Obama appointees would have sole discretion in interpreting vaguely written laws and enforcing thousands of pages of regulations they and not Congress would subsequently write.
.
For example, in the 2,700 pages of ObamaCare there are more than 2,500 references to the Secretary of Health and Human Services.  There are more than 700 instances when he or she is instructed that they “shall” do something and more than 200 times when they “may” take at their sole discretion some form of regulatory action. On 139 occasions, the law mentions that the “Secretary determines.” In essence one person, appointed by and reporting to the president, will be in charge of the health care of 310 million Americans once ObamaCare is fully operational in 2014.
.

The same is true in the 2,319 pages of the Dodd-Frank Financial Reform Act which confers nearly unlimited power on various agencies to control by fiat the nation’s financial, banking and investment sectors. The bill also creates new agencies, such as the Consumer Financial Protection Bureau, not subject to any oversight by Congress. This overall process was repeated numerous times with other legislation all with the intent of granting unfettered power to the executive branch controlled by Barack Obama and his radical associates.
Additionally, the Obama administration has, through its unilaterally determined rule making and regulatory powers, created laws out of whole cloth. The Environmental Protection Agency on a near daily basis issues new regulations clearly out of their purview in order to modify and     change environmental laws previously passed and to impose a radical green agenda never approved by Congress. The same is true of the Energy and Interior Departments among many others. None of these extra-constitutional actions have been challenged by Congress. The left in America knows this usurpation of  power is nearly impossible to reverse unless stopped in its early stages.
It is clearly the mindset of this administration and its appointees that Congress is merely a nuisance and can be ignored after they were able to take full advantage of the useful idiots in the Democrat controlled House and Senate in 2009-2010 and the Democrat Senate in the current Congress.
Additionally, Barack Obama knows after his re-election a Republican controlled House and Senate will not be able to enact any legislation to roll back the power previously granted to the Executive Branch or usurped by them.
His veto will not be overridden as there will  always be at least 145 Democratic members of the House or 34 in the Senate in agreement with or intimidated by an administration more than willing to use Chicago style political tactics.The stalemate between the Executive and Legislative Branches will inure to the benefit of Barack Obama and his fellow leftists.
The most significant power Congress has is the control of the purse-strings as all spending must be approved by them.
.
.

However, once re-elected, Barack Obama, as confirmed by his willingness to do or say anything and his unscrupulous re-election tactics, would not only threaten government shutdowns but would deliberately withhold payments to those dependent on government support as a means of intimidating and forcing a Republican controlled Congress to surrender to his demands, thus neutering their ability to control the administration through spending constraints.
.
Further, this administration has shown contempt for the courts by ignoring various court orders, e.g. the Gulf of Mexico oil drilling moratorium, as well as stonewalling subpoenas and requests issued by Congress.
.
The Eric Holder Justice Department has become the epitome of corruption as part of the most dishonest and deceitful administration in American history.
.
In a second term the arrogance of Barack Obama and his minions will become more blatant as he will not have to be concerned with re-election.
.
Who will be there to enforce the rule of law, a Supreme Court ruling or the Constitution? No one. Barack Obama and his fellow-travelers will be unchallenged as they run roughshod over the American people.
.
Many Republicans and  conservatives dissatisfied with the prospect of Mitt Romney as the nominee for president are instead focused on re-taking the House and Senate.
.
.

That goal, while worthy and necessary, is meaningless unless Barack Obama is defeated . The nation is not dealing with a person of character and integrity but someone of single-minded purpose and overwhelming narcissism.
Judging by his actions, words and deeds during his first term, he does not intend to work with Congress, either Republican or Democrat in his second term but rather to force his radical agenda on the American people through the power he has usurped or been granted.
The governmental structure of the United States was set up by the founders in the hope that over the years only those people of high moral character and integrity would assume the reins of power. However, knowing that was not always possible, they dispersed power over three distinct and independent branches as a check on each other.
What they could not imagine is the surrender and abdication of its constitutional duty by the preeminent governmental branch, the Congress, to a chief executive devoid of any character or integrity coupled with a judiciary essentially powerless to enforce the law when the chief executive ignores them. Conservatives, Libertarians, the Republican Party and Mitt Romney must come to grips with this moment in time and their historical role in denying Barack Obama and his minions their ultimate goal. All resources must be directed at that end-game and not merely controlling Congress and the various committee chairmanships.
.
Steve McCann
May 12, 2012
.
I would add but 6 words to those above mentioned, Conservatives, Libertarians, the Republican Party and Mitt Romney, to say “and we the American people,” must also come to grips with this moment in time and our role in denying Barack Obama his life long goal of “transforming” us into his slaves working on his government plantation.
.
May God bless America,
*******
The above is an email we received from an artist for publication, as with most emails we cannot confirm that they are the truth we only add them for your attention, so that you can be aware of what is being said on different internet sites about America. It is very possible that emails as this one, are in fact true and correct. If they are then my dear friends on America are in serious danger of losing their Liberty. I am not an expert on all of this but I must admit that after watching the first debate between Mitt Romney and Obama, I was not impressed with the lack of consideration President Obama seemed to have towards the Middle class in America.
Uncategorized Comments Off on Are Americans Going To Lose Their Liberty in 2012 ? Print this News
Dolly Parton Pulls The Plug On Gaylord's Water Fall (Newer)
(Older) Wayne Jacobs On The Josie Show Awards An All