Did Obama Take Decisive Action Or Did He Apologize 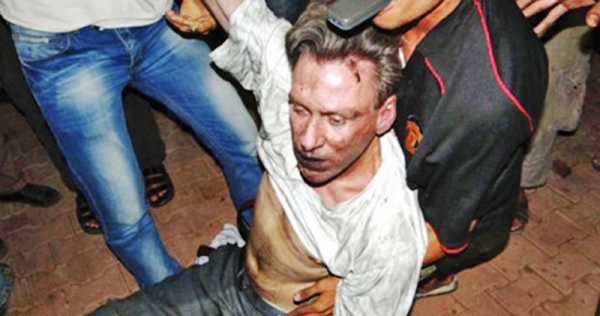 This is a statement that has been perceived to be the truth in most parts of the world today, especially outside America. The reports say it is not true the statement was made before the attack. Some reports say that if you read Obama’s apology over and over and over, a couple of times you will notice that he did not apologize. However who reads a newspaper more than once ? I will not even attempt to answer that one as you know the answer to that. The news all over the world says Obama apologized. The Social Networks and news reports are divided as some say he did, and some say he didn’t. The word on the street in my part of the world is that Obama will not take action because he is Muslim himself and therefore he apologizes.That being the truth or not I do not have the freedom or liberty to argue with those people.
Unfortunately the news has reached the world, and no matter how much the Obama administration tries to prove that it was a lie or at least a twisting of words and not the truth, it cannot be easily fixed. There are so many unanswered questions about Obama yet he is the President Of The Free world. Millions of American’s believe he is not even American and therefore should not be President. They even say his Healthcare system is going to destroy America. Even worse some say that with all the free gifts he gives the sick, lame and lazy, and I stress the lazy, that those people will vote for him no matter who he is or what he does.
As an outsider I would prefer an American president who does not have a cupboard that appears to be full of secrets, and a President that at least two-thirds of American’s trusts. If you are upset with these comments, please bear in mind that nothing that I have mentioned here has been made up by me, these comment are all to be found on the International Information Highway, I have merely brought a few of the points to your attention, so that you can think about them yourself and make up your own opinion.

God Save America, for America and for people like me who trust and believe in the American people.