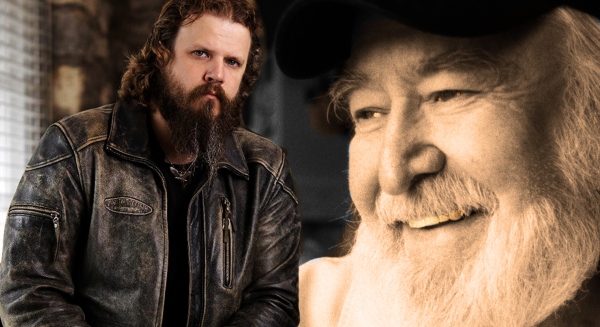 Jamey Johnson recently kicked-off the release of his new album “Living for a Song:

A Tribute to Hank Cochran” with a planned concert at the Ryman on Oct. 16 with Johnson and a special group of friends on the street date of the album. Johnson’s next album Living for a Song: A Tribute to Hank Cochran is set for a Sept. 25 vinyl release and will include Willie Nelson, Merle Haggard, Alison Krauss, Leon Russell, Vince Gill, Emmylou Harris, Ray Price, Asleep at the Wheel, Elvis Costello, George Strait, Ronnie Dunn, Bobby Bare, Lee Ann Womack, Kris Kristofferson and Cochran himself. Along with Johnson, they’re singing such Cochran hits as I Fall To Pieces, Make the World Go Away, Don’t Touch Me, Would These Arms Be In Your Way and A-11. The album features a total of 16 all-time hits from Cochran.
.

Cochran, who died at age 74 in 2010, is considered one of the greatest songwriters in country music. It was Cochran’s passing that inspired the idea for the tribute album. “We all met at the house one day and sang some songs,” Johnson said. “Bobby Bare was introducing me to a bunch of songs that when I thought I heard it all, I hadn’t heard anything yet. All the best stuff was the stuff I didn’t know about yet.” “An entire list of songs was created, not because I knew these songs existed and wanted to cut them, but because the other person did. Everybody got to pick their own, and so for me, it was just as much of a journey as it was for the band or anybody else involved.” Tickets will go on sale Friday Sept. 7 at 10 a.m. To purchase ticket please visit www.ryman.com.