Murderer Is Still Out There, 16 Years Later No Justice 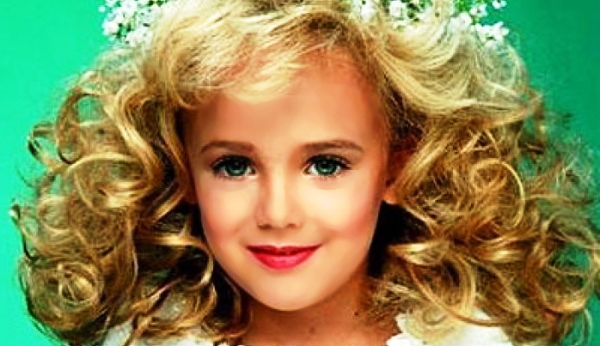 With a face that graced the covers of nearly every news and gossip rag during the winter of ’96, it’s hard to suggest the death of child beauty pageant queen JonBenét Ramsey had little effect outside the city of Boulder, Colorado. Found dead from a blow to the head and strangulation in the family’s basement, coupled with a ransom note left on the staircase asking for $118,00 (conveniently or coincidentally, nearly the same amount Mr. Ramsey received as a bonus that year), as well as no obvious signs of forced entry into the house, the evidence was overwhelmingly stacked against parents John and Patsy, who managed to maintain their innocence throughout the investigation. The case reopened in 2010, but critics cite poor handling of the crime scene as obstructing what remains a mystery regarding the events of that Christmas day.

A mysterious cobweb and a child’s toy: Are these the new clues at the

JonBenet Ramsey murder scene that could finally snare the killer?

The former detective on the case is officially  breaking his silence, saying that overlooked clues like cobwebs and a child’s  toy could prove important in finding the killer in the high-profile cold  case.
In his self-published book, Foreign Faction: Who  Really Kidnapped JonBenet Ramsey?, former detective Jim Kolar reveals thousands  of pages worth of investigations and police reports.
The child’s father, John Ramsey, told police in 1996 that an intruder broke through a window in the basement.
But in macabre police video that shows the basement hours after JonBenet was found dead, Koler points out that there are wispy cobwebs, moving ever so slightly.
Koler speculates that an intruder would have  brushed away the cobwebs upon entering the Ramsey’s residence, and thus JonBenet’s killer would have already been inside the house.
On Christmas Day of 1996, the family received a ransom note saying they had kidnapped JonBenet and were demanding $118,000 –  the amount of a bonus Mr Ramsey had recently received – or else she would be  beheaded.
But it was not long before her body was found  in the basement of the house.
Her wrists were tied above her head, and she had duct tape over her mouth. An autopsy report revealed that she had been strangled and bludgeoned to death.
Within hours, the Ramseys themselves became the chief suspects of the investigation and police were later criticized for losing focus of the crime scene and other leads by concentrating on the family –  including JonBenet’s brother Burke – instead of following up other leads.
For the next 12 years, the blame for their  beautiful daughter’s death – who was given the name Little Miss Sunshine – lay  largely on their shoulders as they fought to clear their name and find the real  killer.
Eventually, Boulder district attorney’s  office completely cleared the Ramseys of any wrongdoing in their daughter’s slaying, and issued an apology in 2008.
Since then, John Ramsey has kept the memory of his daughter alive, despite losing his reputation, a thriving business, and  Patsy to ovarian cancer in 2006.
Mr Ramsey eventually found happiness through  his relationship with fashion designer Jan Rousseaux, who he married at a private ceremony in Charlevoix, Michigan, last July.
But he hangs on to hope his daughter’s killer  will be found and meet justice, and says he still ‘would like to know’ who is responsible.
‘Everybody has a burden, and I wanted to tell  people it doesn’t last forever,’ he said. ‘There is light at the end of the  tunnel.’

General News Comments Off on Murderer Is Still Out There, 16 Years Later No Justice Print this News
Petes Weekly: Books, Books and Books (Newer)
(Older) Jamey's Hank Cochran Concert At the Ryman Oct 16