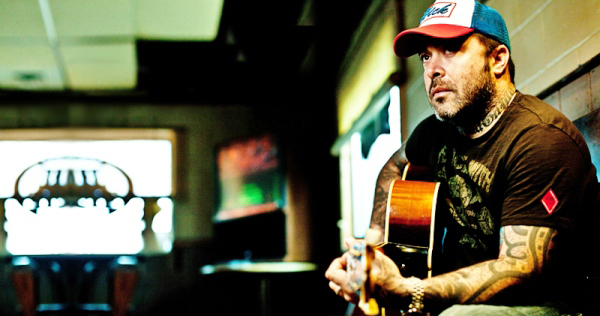 New York, NY (July 26, 2012) – Aaron Lewis will be performing live from New York City as part of the FOX & Friends “All American Concert Series” on Friday, July 27th during the 8am (EDT) hour debuting music from his highly anticipated solo album, The Road.  The concert is open to the public (corner of 48th St and 6th Avenue) with free food offered all morning from Famous Dave’s BBQ.

This free live performance by Lewis is the 10th of the 14-week outdoor concert series held in the heart of Midtown Manhattan, directly outside the FOX News studios (48th & 6th).  Fans will be able to see the award-winning songwriter backed by his new country band performing his Blaster Records / Warner Music Nashville album, The Road.

Viewers will also be able to visit the FOX & Friends website at www.foxandfriends.com, which will feature post-performance coverage of Lewis’s appearance.

About Aaron Lewis:
Aaron Lewis’s 2011 debut solo release, Town Line, shot to #1 on Billboard’s Country Album Chart. His first solo single, “Country Boy” was certified Gold, earning him multiple CMA, ACM and CMT Music Award nominations; the video has been streamed over 15 million times to date. Lewis has recently been on the road – for the first time as a solo artist with a backing band – premiering songs from his forthcoming album, The Road, scheduled for release this Fall on Blaster Records via Warner Music Nashville. As the frontman for the multi-Platinum selling band Staind, Lewis is the songwriting and voice behind the most-played rock song of the past decade, “It’s Been Awhile,” in addition to three #1 hits and eight Top Ten singles. Lewis’s new single, “Endless Summer,” is currently climbing the country music charts.

Country News Comments Off on Aaron Lewis Makes His Fox and Friends TV Debut Print this News
Everyone’s Sorry Afterwards Why Never Before? (Newer)
(Older) The Inspiration Station: Nearer Than You Think