This Nov Will You Be Voting Christian Or Muslim? 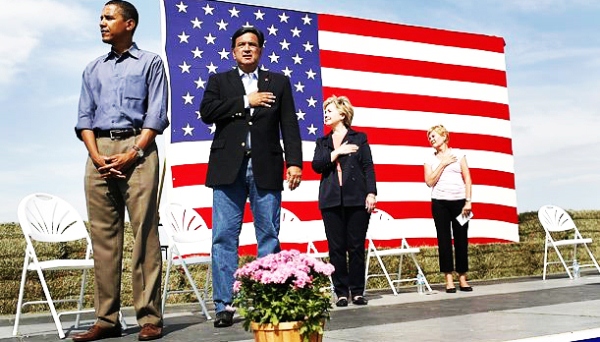 This is an email I received for publication yesterday It starts like this: Even though it is all old news it is still important to read as there is another election in the USA this November, and if you vote Christian or Muslim you should have a choice and not just vote out of ignorance of not knowing who you are truly voting for.

In 1952 President Truman established one day a year as a”National Day  of Prayer.”

In 1988 President Reagan designated the First Thursday in May of each year as the National Day of Prayer.

In June 2007 Presidential Candidate Barack Obama declared that the USA “Was no longer a Christian nation.”

HE PRAYS WITH THE MUSLIMS!

I guess it Doesn’t matter if “Christians” Are offended by this event – We obviously Don’t count as “anyone” Anymore. The direction this country is headed should strike fear in the heart of every Christian, especially knowing that the Muslim religion believes that if Christians cannot be converted, they should be annihilated.

This is not a Rumor – Go to the website To confirm this info:

NB. Your emails are always welcome and will always be published as long as they family based.

Uncategorized Comments Off on This Nov Will You Be Voting Christian Or Muslim? Print this News
What’s On Bradford’s Nashville Seen This Week (Newer)
(Older) Barbara Rainey Quotes Darrow, Right Or Wrong