Hermann Lammers Meyer Too Old For Nothing ? 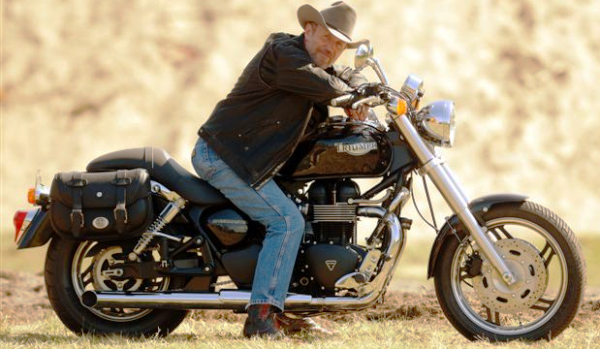 International Independent Superstar Hermann Lammers Meyer isn’t letting age get in the way of his having a good time or living a full life in his own way when he sings “TOO OLD FOR NOTHIN”, a new summer single from his Nashville Is Rough On The Living CD. Unlike George Jones who talks about what he does not need when his critics offer him a rocking chair in his hit song of I Don’t Need Your Rocking Chair, Hermann turns his critics on their heads when he not only tells them what he does need, but he shows them! Yes, he can still hop on his motorcycle and go full throttle down the highway; or go camping in the rugged desert; or ride a bull; or catch a pretty girls wink or maybe even more than a wink; or hike up in the mountains; or cut a rug on a two-step dance floor; or even raft down some swirling rapids of a white-water river. No, he is not “TOO OLD FOR NOTHIN”. There’s no mid-life crisis here and no room for age discrimination. There’s just another great story-song told in Hermann’s distinctive style and backed by his usual great studio production and fine musicians. Ready for summer? Hermann is! Let’s go with him! It’s all about being young at heart and “TOO OLD FOR NOTHIN”. I’m ready!!! Here I go!!!

Uncategorized Comments Off on Hermann Lammers Meyer Too Old For Nothing ? Print this News
Buck T.Edwards Has A Story To Be Told Here (Newer)
(Older) Rhon’s Inspiration Station: Only Resume You Will Need

No Comments to Hermann Lammers Meyer Too Old For Nothing ?