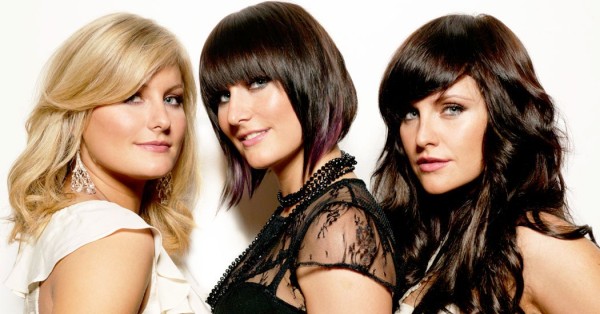 Nashville, TN (January 30, 2012) – The McClymonts’ new single, “I Could Be A Cowboy,” from their album Wrapped Up Good, SHIPPED to radio on January 27. The sweet ballad, produced by Taylor Swift collaborator Nathan Chapman, was written by both Chapman and The McClymonts. The trio will perform at Margaritaville in Nashville on February 21st during the 10th Annual MusicRow CRS Meet & Greet and CountryBreakout Awards.

Commenting about the single, Sam McClymont said, “‘I Could Be A Cowboy’ shows our softer side and vulnerability. You can choose to be independent and strong but sometimes you just need love and to be in someone else’s arms.” Billboard.com and Music News Nashville writer, Chuck Dauphin, noted the song is a “Grand Slam out of the ballpark.” Wrapped Up Good, ranked #5 on the year-end Australian country sales charts outselling releases by Carrie Underwood, Tim McGraw, Alan Jackson and Kenny Chesney. The album is produced by industry heavyweights, Nathan Chapman (Taylor Swift’s Taylor Swift, Fearless, and Speak Now) and Adam Anders (Fox TV’s Glee). Winning four out of five years, Best Group at the Country Music Awards of Australia and Best Country Album in 2008 and 2010 at the ARIA (Australian Recording Industry Association) Awards, this sister-trio headed to the United States to mark new territory. In 2010, they landed opening gigs for Jason Aldean’s tour and Lady Antebellum while performing at fairs, festivals, and clubs. Such excitement started to buzz, that the CMA (Country Music Association) named them the 2011 CMA Global Artist of the Year award recipients.

Stay tuned to www.TheMcClymonts.net for updates, news and a list of tour dates.