Was Elvis Country or Not That’s The Question 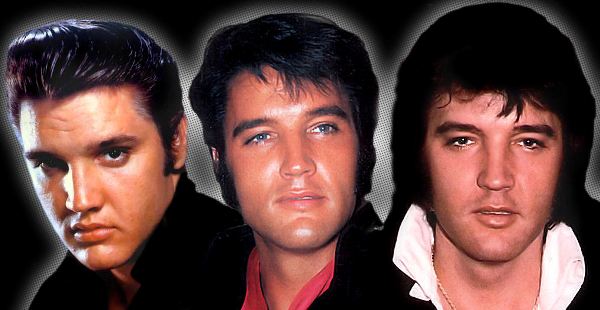 As we begin a new year it is impossible not to mention Elvis born on 8 January 1935 to Vernon and Gladys Presley. Without a doubt Elvis was the greatest pop recording artist/performer ever but also, in country music terms, the most controversial. When
discussing Presley it is easy to ignore the fact that he was much more than a rock ‘n’ roller. His music was much deeper than that encompassing blues, Gospel, rhythm and blues, soul, rockabilly and country. He recorded for only two labels during his twenty- three years in the business, Sun (released in the UK on HMV) and RCA. Strangely, in view of his later musical pathways, Elvis’s main influences were Hank Snow (he knew all of Hank’s songs), Roy Acuff, Ernest Tubb, Jimmie Rodgers and

Bob Wills. He must have listened to bluegrass too for one of his first recordings was Bill Monroe’s “Blue Moon Of Kentucky” (the flip to “That’s Alright”). In 1954 Elvis made his one and only appearance on the Grand Ole Opry. The Hillbilly Cat was considered not suitable for country music’s premier show but the Louisiana Hayride saw him differently and signed him to a year of Saturday night shows. So Elvis did have country credentials and he did recorded a fair amount of country material but few of these songs made the charts. Among these were “Old Shep”, “A Fool Such As I”, “Guitar Man” and “U.S. Male”, the latter two written by Jerry Reed. He recorded just one country album, “Elvis Country (I’m 10,000 Years Old)”, a number 6 in both US Country and UK Pop and certified gold, though during the years following his death compilations of country songs would be released. The question I pose on this the seventy-sixth anniversary of the birth of Elvis Presley is did he do enough for country music to be awarded the highest country honour – election to the Country Music Hall of Fame? I say he did not and I say that as a Presley fan who owns hundreds of Elvis recordings and taped interviews. Elvis did not do anything to promote the music, to establish its credibility throughout the wider music industry or to advance the music. Yet the Nashville establishment regard Elvis as a country legend, rather galling when so many others, including George Hamilton 1V, have worked their butts off to gain wider acceptance for country music! Still, what can you expect from a CMA that elected the Everly
Brothers to the Hall of Fame. What next? Tina Turner, she recorded a country album or Tom Jones who did likewise. Great to start the New Year with a gripe!

Birthdays this week include Jack Greene and Leona Williams (7),
Crystal Gayle (9) and Ray Price (12). Eighty-two years ago this
week Wyatt Earp died in poverty in Los Angeles.
Remember there are stars in the southern sky

Uncategorized Comments Off on Was Elvis Country or Not That’s The Question Print this News
Industry Greats Who Have Passed Away In 2011 (Newer)
(Older) Is The 2012 ACM Awards An April Fools Joke?