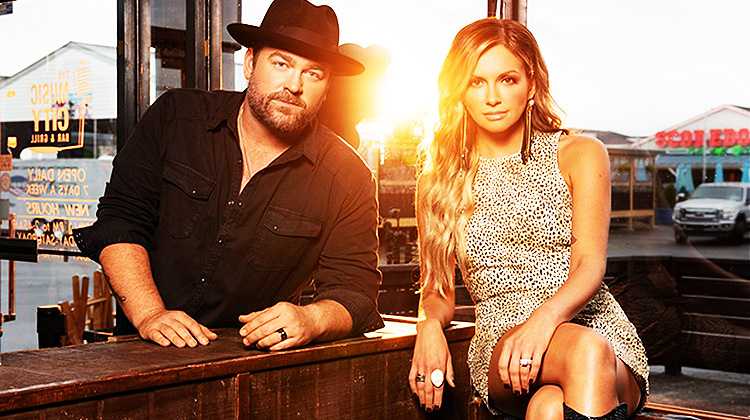 This Powerful New Video Will Stop You In Your Tracks

Carly Pearce and Lee Brice capture romantic torment from two different angles in the powerful video for their new duet, “I Hope You’re Happy Now.”Directed by Sam Siske and filmed as a split screen narrative, it finds a used-to-be couple experiencing their now-separate lives in totally different ways. One has moved on with a new love and a new life, while the other struggles to let go. It was all inspired by what Pearce went through with a former flame — and how even though she wished her ex the best, it just wasn’t meant to be.

“The first time I watched this music video I cried — it is as real and honest as the ‘Every Little Thing’ video was for me,” Pearce says in a statement. “This song is so personal and I wanted the visual to truly reflect that part of my story. I feel like this song is the closing piece to this chapter in my life, so the ending is bittersweet, but it leaves things on a positive note. If I were to run into this person today, my hope is that things would play out exactly how the video ends.”

“So excited to be a part of this with Carly… Singing with her is natural!” Brice adds. “This one was so fun to shoot!”

Co-written with Luke Combs, Jonathan Singleton and Randy Montana (and produced by the late busbee), “I Hope You’re Happy Now” is the first track revealed from Pearce’s self-titled sophomore album, which is set for release on Valentine’s Day (February 14). Speaking with reporters when the track was first revealed, Pearce admitted the song seems like an odd fit for her life right now — she and singer Michael Ray just got married, after all — but says the song’s regretful theme is something most people can relate to, from one side or the other.

I wanted to make the #ihopeyourehappynow video as raw and real as the emotion in this song, so I took it back to the vulnerability I did with the “Every Little Thing” video. No matter how you relate to this song, we’ve all been on one side of the story. So proud of this video and hope you love it as much as I loved making it! #linkinbio 💔

“It’s an interesting time to be putting out a heartbreak ballad,” she said at the time, “but I’ve tried to answer that and I think the best way is we all have yearbook photos. You can go back and look at those and tap into so many memories, and to me that’s how I relate to my songs. They’re like my yearbook photos of the evolution of who I am.”