Vince Gill to Embark on a 2018 Solo Tour 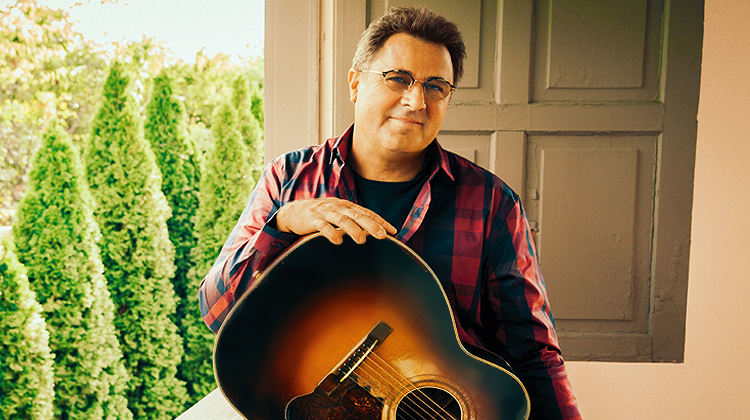 Though he’s spent much of the year on the road with the Eagles, Vince Gill will step into the spotlight solo with a slew of his own dates scheduled for the fall. Kicking off in Detroit Lakes, MN, the legendary performer will visit 28 cities across the United States, before wrapping on November 18 in Danville, KY.

Among the venues on the tour will be the historic Surf Ballroom where Buddy Holly played his last show. The gig will be Gill’s first time playing the venue. Additionally, Gill will return to the Oklahoma City Civic Center Music Hall, where he was previously booed from the stage while performing with his bluegrass band Mountain Smoke during their opening slot for KISS.