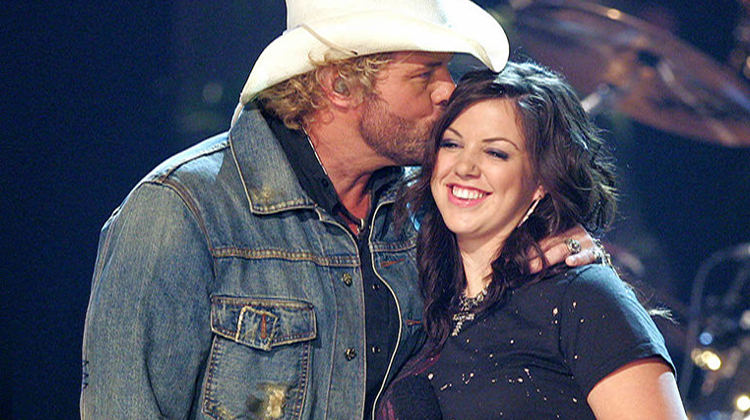 The Keith family is about to become a little bit bigger!

Krystal Keith, a fellow singer/songwriter, shared the news with a post to Instagram of her daughter Hensley donning a big sister T-shirt. The proud sister-to-be let viewers know that “mommy has a baby in her belly” and that she was going to be a big sister. Krystal captioned the adorable clip, with several emojis, including the baby and pink and blue hearts, hinting that they may not yet know the gender.

Krystal hasn’t revealed when she is due with baby number two. She and her husband Andrew welcomed Hensley into the world in October 2015.

“God is so good,” she wrote when she shared the first photo of baby Hensley with the world. The mom-to-be will lean on her famous dad for support as her family grows, knowing just how involved he was in raising her as a young child.

“I think it speaks volumes that the way I kind of remember childhood is I don’t really remember him being gone,” she explained during a recent podcast. “When he was home, he was so present that I don’t remember the spans of him being gone.” The new addition will be Keith’s fourth grandchild.