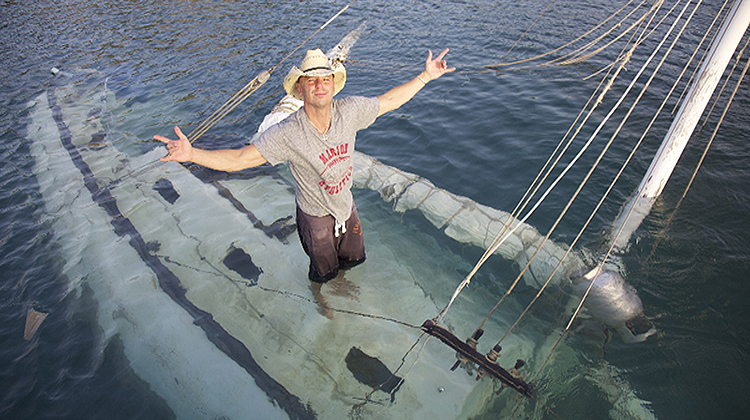 “There’s an acceptance it takes to face those challenges and that uncertainty.

The lyric has that line, ‘I ride the waves I can’t control …’

When Kenny Chesney sat down on the set of Good Morning America to perform his contemplative, inspirational new single “Better Boat” on July 31, the superstar had the New York City audience hushed and swaying peacefully to his gentle composition.

Chesney, who strummed an acoustic guitar and was backed up by two more guitarists and a keyboardist, brought a calming wash of peace over the studio, set in bustling Times Square, as he delivered the lyrical narrative of a person trying to repair a damaged life — a sentiment he uses as a metaphor for his experience working to rebuild the U.S. and British Virgin Islands after extensive damage from Hurricane Irma in 2017.

Chesney explained upon the song’s release that it had a very special feeling for him in terms of recalling his hurricane relief efforts. “‘Better Boat,’ I think really captures the emotion of that moment—and the months following,” he said in a statement. “There’s an acceptance it takes to face those challenges and that uncertainty. The lyric has that line, ‘I ride the waves I can’t control …’ And that’s exactly how this was, and in some ways, still is.”

The album it appears on, Songs for the Saints, released July 27, is a tribute to the islands Chesney has called home for more than 15 years, and captures the spirit and resilience of the people who live there. Chesney has made several significant contributions to this territory in the wake of the hurricane’s damage, and has even set up a dedicated charity, Love for Love City Foundation.

All proceeds from his album’s sales will go to the foundation.