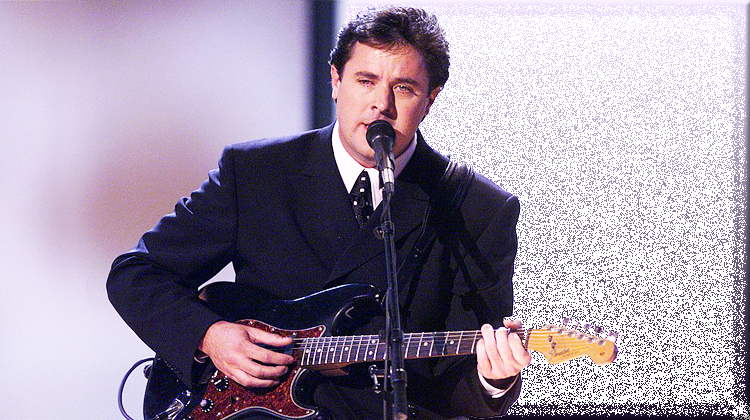 Vince Gill is one of the most influential country singer-songwriters of his generation,

but he paid tribute to his own roots with a cover of an Eagles classic.

Gill was just one of the country stars who participated in a tribute album titled Common Thread: The Songs of the Eagles, which Giant Records released in 1993. The album earned went Gold, Platinum and Double Platinum on Dec. 12, 1993, and was certified Triple Platinum on June 27, 1994. It featured contributions from some of the biggest names from that era of country music, including Trisha Yearwood, Clint Black, Tanya Tucker, Brooks & Dunn and more. Travis Tritt even reunited the Eagles for his video for “Take It Easy.”

Gill took on “I Can’t Tell You Why,” a plaintive ballad from the 1979 album The Long Run. Eagles bassist Timothy B. Schmit sang lead on the original hit, and he contributed backing vocals to Gill’s version, which altered the arrangement to feature a saxophone solo in place of the original lead guitar break.

It wasn’t a particularly big stretch for Gill to cover the Eagles. Before he struck it big as a country solo artist, he served a stint as the lead singer in Pure Prairie League, a country-rock band that hit the big time in the mid-1970s with “Amie.” Gill joined the group in 1978, and in 1980 he scored his first-ever chart hit as their lead singer on a song titled “Let Me Love You Tonight,” which was a crossover hit in both pop and adult contemporary. PPL’s amalgam of country, rock and pop, as well as their vocal harmonies, drew frequent comparisons to the Eagles, with whom they sometimes performed on the bill at the peak of their success.

Gill departed the group in 1982, but their influence evidently stayed with him. With its sax solos and glossy arrangement, Gill’s version of “I Can’t Tell You Why” could have been a latter-day track from PPL. In an unexpected move, Gill joined the new lineup of the Eagles in 2017  when the group played its first shows after the death of Glenn Frey, along with Frey’s son, Deacon. He continues to tour with the group on the road in 2018.