Lip Syncing Should Be Socially Unacceptable To All 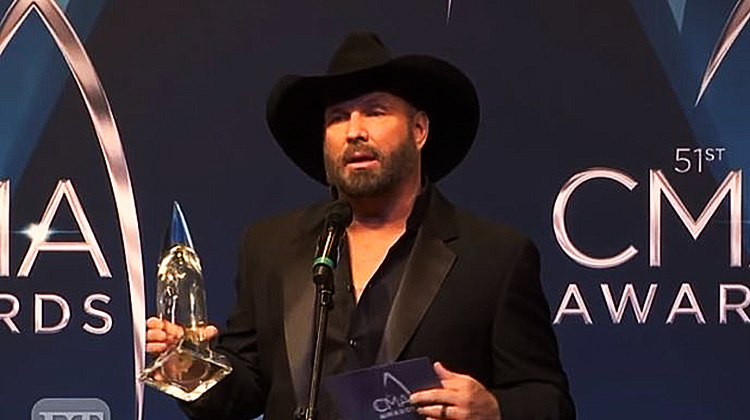 Lip Syncing Should Be Socially Unacceptable Every Single Time

I don’t care if it’s the CMA Awards, Saturday Night Live, or The Super Bowl. The principle that lip syncing is something less than acceptable to a live audience should be universally recognized, and shouldn’t work on a sliding scale depending on your level of appeal for a certain artist, the circumstances surrounding the performance, or the type of music in question. Of course lip syncing is more common in pop than country for example, and more likely to occur when it’s a one song performance for a television audience. But that doesn’t excuse the practice anywhere.

Garth Brooks isn’t a lip syncer. That’s why he screwed it up at the 2017 CMA Awards and was forced to fess up. But it was beyond alarming to see so many Garth Brooks fans, and older more traditional fans of country music coming to Garth’s defense, saying it was understandable since his voice was on such short rest after playing so many shows recently. When it was Rascal Flatts caught lip syncing in 2014, how did these same fans feel?

On Saturday night I happened to be manning the helm at the Saving Country Music headquarters, and decided to breeze by Saturday Night Live just in time to see Taylor Swift take the stage and perform one of her new songs, “…Ready For It?” The internet erupted with insinuations that Taylor was lip syncing, which she very likely was.

Taylor was exuding so much effort in synchronized, choreographed dance moves, it would have been difficult for anyone to concentrate and sing live, especially for someone with a history of pitch issues. There were no humans on the Saturday Night Live stage playing instruments for Swift’s first performance, not even a DJ in a gratuitous, oversized Mickey Mouse or marshmallow mask pretending to push buttons behind a table. It was all done to a backing track, even if the mic was live, which it likely wasn’t.

But some folks will insist she was singing live, because they are Taylor Swift fans. And others will say it doesn’t matter, because it’s Taylor Swift. But it should always matter. Big stars will always be tempted to sing to a backing track and be goaded by producers to do so, and fans, media, and other artists should always be willing to call out an artist if and when they decide to present something to the public that is less than reality. It will never eliminate lip syncing, but it will at least keep it in check, have performers second guess their decisions to lip sync, and help inform the public when a performance was either live or contrived so it can be measured accordingly in the annals of great live performances.

This all matters because music has the unique power to inspire the human spirit like little else. The reason such a spotlight is thrust upon performances at awards shows, or late night television, or special events is because when they hit, it can be an incredible moment of national inspiration and unity, and universal acclaim, like when Carrie Underwood and Miranda Lambert took the stage at the CMA Awards and put their unadulterated talents on display. Lip syncing can stand it the way of such inspiring moments, and even worse, it can create an underlying trust issue in all live performance where you’re second-guessing the authenticity of something as it unfolds as opposed to living in the moment.

The irony is, the public can often forgive a few flubs in pitch of a live performance way more than they will forgive the fabrication of a lip sync rendition. The ears of the public aren’t as fine tune to pitch as an artist’s. It’s often vanity that makes an artist want to lip sync, not necessity. Controversies about pitchy or coarse performances are rare. Lip sync controversies draw much bigger headlines, as they should. And in an era when so much singing talent is being ferreted out of the public via broadcast TV singing competitions, and so much glut exists in the music talent pool starving for attention, if an artist can’t perform to their best, perhaps they should step aside and give that opportunity to someone else.

But just like many of the issues that plague music these days, this lip sync issue is a microcosm of a much bigger national dilemma. In 2017, we have a tendency to passionately adhere to our beliefs, and defend our heroes even in the face of insurmountable evidence and common sense, unwilling to back down in fear of showing weakness or a lack of resolve, or giving an inch to our adversaries, until our whole reality is warped to our desired perspective as opposed to the truth of things.

In an era of fabrication and altered reality, we need music to be real, now more than ever.

No Comments to Lip Syncing Should Be Socially Unacceptable To All