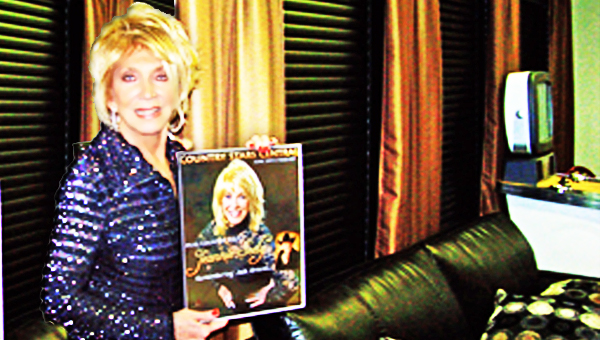 The State of Tennessee recognized GRAMMY award-winning songstress Jeannie Seely with a House Joint Resolution as the country music legend celebrates her 50th anniversary as a Grand Ole Opry member.

“This is such an honor to be recognized by the great state of Tennessee and the House of Representatives. I’ve always been proud to be a Opry member and champion for country music,” Seely said.

Seely recently released her new album WRITTEN IN SONG, which topped the list of CMT’s ‘New Albums in the New Year,’ The Boot’s ‘Most Anticipated Albums’ and continues to receive lovely reviews:

She is “Miss Country Soul,” a beloved member of the Grand Ole Opry, a country icon and a Pennsylvania hit-maker well before Taylor Swift was born… Seely’s latest album WRITTEN IN SONG features 14 updated timeless classics she has written and co-written.
-CMT.com, Lauren Tingle.

Jeannie Seely proves that her songs and her voice are as great as they ever were on this fantastic new album. – Roughstock, Matt Bjorke

Seely was joined by her husband Gene Ward, Rep. Bill Black, Rep. Beth Harwell and Gus Arrendale, president of Springer Mountain Farms. Be sure to LIKE Jeannie Seely on Facebook or visit jeannieseely.com.