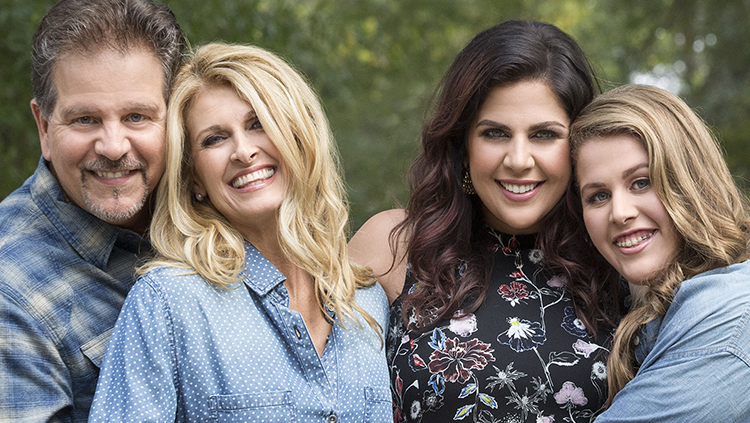 Hillary Scott & The Scott Family Share The Holidays With Today

Tis the season for close-knit gatherings as Hillary Scott & The Scott Family invite TODAY along to celebrate the holidays. From her home just outside of Nashville, TN, Hillary Scott sits-down with Jenna Bush Hager to recall favorite Christmas traditions and discuss the impact of the group’s GRAMMY-nominated “Best Contemporary Christian Music Album” Love Remains, which also received a “Best Contemporary Christian Music Performance/Song” nod for its chart-topping single “Thy Will.” Fans can tune-in to watch Hillary alongside her mother Linda Davis, father Lang Scott and younger sister Rylee, next week on Dec. 21st (7:00A CT on NBC) as they join together around the piano to reprise their favorite carols and holiday stories.

The “tenderhearted family collaboration” (People) behind Love Remains is the mix of the rich, entwined voices of the Scotts, on “new co-writes, lesser-known oldies and time-honored gospel staples” (Rolling Stone). The 13-track collection of faith-based songs was produced by Ricky Skaggs and are a collection of songs that find the redemption in struggle, the peace in death and the joy in bonding with family members whenever times are tough. Love Remains follows more than 18 million album sales worldwide for Hillary Scott as one-third of the one of the world’s most popular groups, Lady Antebellum. The trio has made nine trips to No. one, earned seven GRAMMY awards and has been dubbed ACM and CMA “Vocal Group of the Year” three years in a row. For more information on new music, a full list of upcoming tour dates and more, visit www.hillaryscott.com.