Discovery #10 Flies To Maryland USA For A VIP Pickup 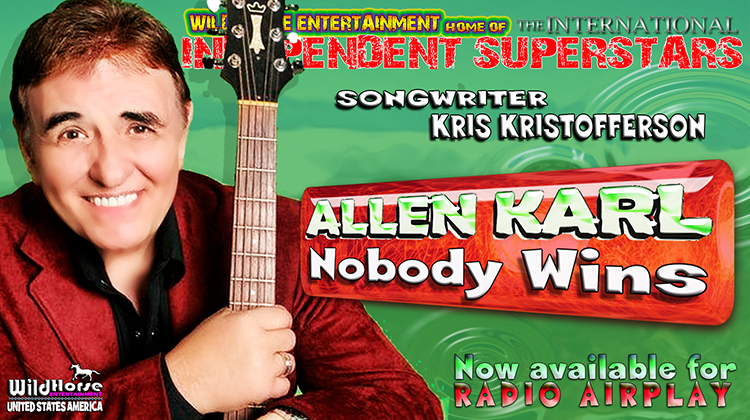 Discovery #10 Lands in “Maryland, USA” For A VIP Pickup

Discovery #10 picks up another VIP Voyager, “Allen Karl” on this  Adventure

This is the 8th leg of our Voyage aboard Worldwide Country Discovery 10 as we seek out friendly Disk Jockeys worldwide. This part of Discovery 10’s adventure continues with making its eighth call and this time landing in “Maryland, USA” to pick up Allen Karl who is still recovering from a knee operation, Allen has been brave enough to join us one this adventure whilst still not being fully mobile. Allen now joins Brad Tucker. Judy Welden, Rhonnie Scheuerman, Wayne Jacobs, Dave Caley, Barbara Blevins, Keith Bradford, Larry M.Clark and Dan Schafer, who are now all comfortably seated in the VIP section of Discovery 10 as we prepare to lift off and continue on this our 10th adventure to seek out fame and fortune for our Discovery Voyagers.

The Captain of Discovery 10 respectfully asks that all Disc Jockey’s would consider downloading and adding the following new Hits songs to their radio playlists for airing on their exciting radio shows.

* Allen Karl has been seated in one of our ultra luxury seats especially designed for artists recovering from operations. Here he will be able to keep his leg in a position where it is comfortable at all times. Our onboard doctor and 7 highly trained nurses will take care of him throughout this adventure making sure that he is no discomfort at any time during this voyage. Allen has decided to travel with us even though he is still in a great deal of pain. He is so excited about wanting to deliver his new Single, “Nobody Wins”, to the Disc Jockeys that he has not taken the professional advice of  his personal Doctor, not to accompany us on this voyage. So disc Jockeys please be nice to Allen he is sacrificing his own well being to bring you his new single.

* Brad Tucker takes his seat in the VIP section of Discovery #10 as he prepares to perform his latest hit, “Girl ( For Pearl)” to willing DJ’s worldwide and beyond.

* Wayne Jacobs from the United Kingdom now joins us on Discovery #10 with a song that is already a huge hit, “May We Never Forget”

*Judy Welden and her songwriting partner Rhonnie Scheuerman are now safely aboard with the song they wrote, “Lets Make America Great Again”

*Dave Caley from Kokoma, Indiana is now on board with his brand new radio hit, “The River”

* Larry M. Clark from Pegram, Tennessee comes to you with his latest radio release, “Cant Take The Country”

We will be adding more artists to this release during the month and hope that the Disc Jockeys worldwide will find these songs worthy of their playlists.

The Captain of Discovery 10 as always thanks all Disc Jockeys and Radio Stations in advance for considering these songs for playlisting on their radio shows or stations.

If you are an Independent Artist and want to book a seat on any of our Discovery Voyages, seeking out DJ’s who would be kind enough to add your songs to their Playlists then you can contact us anytime at whisnews21@aol.com. We always have a VIP package deal and a really good window seat available for you on our Discovery Voyages.

ALLEN KARL JUST PICKED UP AND JETTED AWAY ON DISCOVERY 10