Bringing Friends Dressed Like That Along For A Ride? 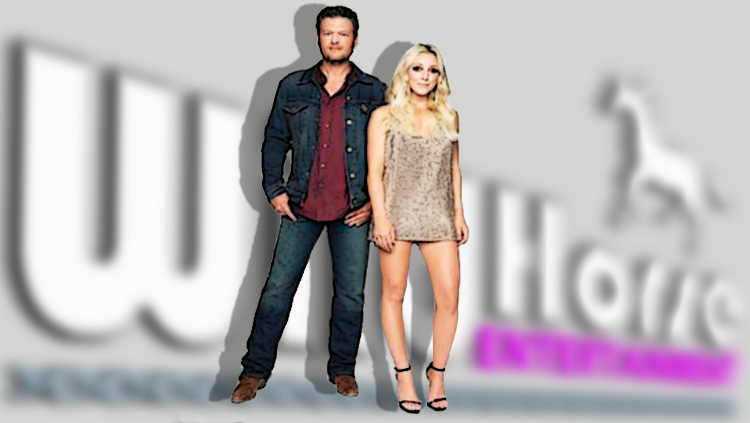 Blake Shelton has continued his historic run atop the charts, this time bringing a friend along for the ride.

Shelton’s duet with Warner Bros. Records label mate and close friend Ashley Monroe hit No. 1 this week on both the Billboard and Mediabase country charts. It’s Shelton’s 14th consecutive chart-topper in both polls, a genre record in the monitored airplay era and Monroe’s first No. 1. Shelton now has 19 total No. 1 hits to date.

“It’s absolutely unbelievable to have my 19th # 1 song and 14th in a row — I’m blown away,” said Shelton. “But what I’m most excited about with this particular song is that it’s the launch of Ashley Monroe’s solo career and she’s so talented and deserves this opportunity. That’s really the highlight of this one for me is to see her finally getting the credit she’s deserved for a long time.”

“Thanks to Blake from the bottom of my heart for inviting me to be a part of this special song,” said Monroe. “It’s so incredible to see my name aside his at the #1 spot on the charts. Since I was a little girl it’s been my dream to be a part of country radio and this is truly a dream come true for me.”

The Academy of Country Music Awards-nominated song is the second No. 1 single from his new album BRINGING BACK THE SUNSHINE for “The Voice” coach, Country Music Association Awards Entertainer of the Year and reigning five-time Male Vocalist of the Year. Shelton started the eighth season of “The Voice” earlier this month with popular coach pursuing Team Blake’s fifth win.

Shelton is also preparing to co-host the 50th ACM Awards with Luke Bryan at the Dallas Cowboys’ AT&T Stadium in Arlington, Texas where he is also nominated for Male Vocalist of the Year. The performer will play a selection of major festival dates through this summer.

Uncategorized Comments Off on Bringing Friends Dressed Like That Along For A Ride? Print this News
Willie Nelson Live At The Ryman 7:30pm Tonight (Newer)
(Older) Heather Myles getting Ready To Tour France