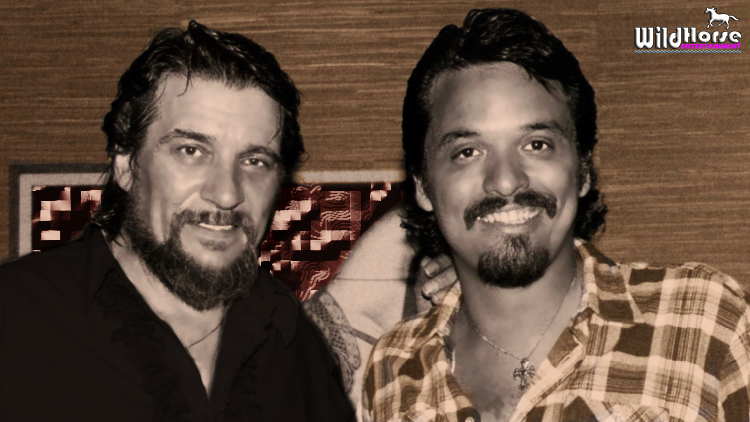 “You know you’ve met the king when you hear Waylon sing,” James Marvell

Jan Verhoeff Writes: I wasn’t surprised, I’d known and loved Waylon from the days before he became an outlaw, back before Jessie sang, before Willy had long hair. I knew them way back then… when my mamma played their records on the stereo while she cleaned house on Saturday morning, I remembered them when they were clean cut, Jerry Lee Lewis types with big toothy grins on the Grand Ole Opry.

I met Marvell in Nashville in 1973. James Marvell showed up in a white suit with long black wavy hair and a black cowboy hat with his friend Buddy Good, The Country Cavaleers. Country Music’s original Outlaws, taking a stand against drugs and standing up for living clean. Marvell stole my heart away when he leaned over and gave my grandmother a hug and joined her for a picture, grinning from ear to ear when she told him he needed to cut his hair and shave his beard.

The Outlaws stole my heart away

“Willie placed a Country Cavaleer exhibit in his museum,” Marvell explained. “We were so honored by the exhibit, the opportunity to stand out in a time when some of the history of Country Music is all but forgotten. Kids nowadays may not even know who The Country Cavaleers were, but we’re right there in the Museum, where Willie acknowledged us as pioneers, ahead of our time.”

The story of outlaws, men who had a story to tell, whether the story was Blue Eyes Crying in the Rain, or Ladies Love Outlaws, the renegade country singers of the day celebrated life as none other, always looking back. Always a step ahead.

Back then, in the 70′s the Country Cavaleers played gigs with Conway Twitty and Loretta Lynn, connected with small roadside taverns, and set up to play bigger venues with other artists. Their efforts back then paid off, they were recognized as up and coming artists by the Johnson Sisters who ran I.F.C.O (International Fan Club Organization) and played FAN FAIR in Nashville, Tennessee.

“The Country Cavaleers may have been ahead of their time but Waylon and Willie were the true legends of the Outlaw Movements”  – James Marvell of  The Cavaleers is thankful to have known both of them.

Every Outlaw in Country Music rocked the 70′s, an era of versatility and charm so cavaleer that even two Beatle’s style rockers from Florida could jump into the mix and find a home with the very BEST of Country Music. Marvell and Good belonged, because their music set them apart and gave them substance. Their values held them true to the country element and provided them purpose and a mission with the music they loved.

Now, when someone thinks back to the way they were doing country music in the 70′s, Outlaw Bands come up and right there, ready for mention are the Cavaleers, Jennings, Nelson and Jr. standing in the midst of history in the making.