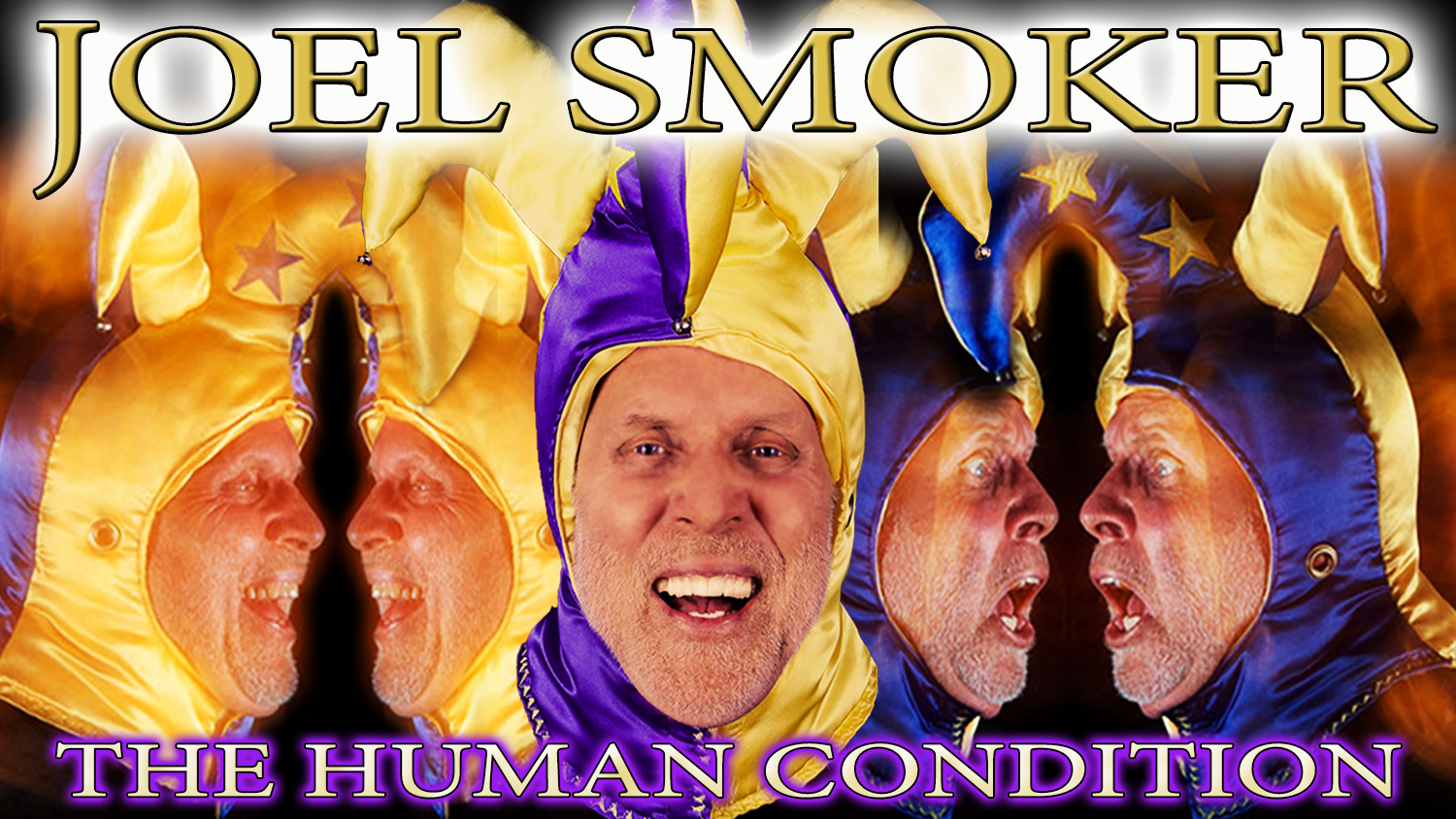 Highway One is the road that you take if you want to see Australia. It’s a road that Joel Smoker has traveled on many times, beginning with the trip his mother and father took when they drove back with him to Fitzroy Crossing, from the little northwest port of Derby, in Western Australia, where he was born on September 7th, 1952.

Since then he has traveled the country from north to south and east to west, a number of times, and from those experiences has come a wealth of songs that he has recorded with albums such as Out on Highway One (1989), Outback (1995), The Flesh and the Spirit (1999) and Smile (2006) plus two EPs titled The Road to Nullagine (2005) and Heaven (2007).

With his latest CD, The Human Condition, Joel takes on the role of the jester and holds a mirror up to our lives with songs that reflect who we are. Joel has enlisted the help of veteran musician and producer, Ian Simpson, to record this album. Ian was a member of the Slim Dusty Travelling Band for many years.

The band who contributed to this recording include Ian on Guitar, Dobro, Banjo and Baritone Guitar, Dave Clarke on Fiddle, Mandolin and Harmonica, John Mc Nair on Bass Guitar and Brendan Leggo on Drums. Ian and Brendan provide backing vocals. There are fourteen original songs on the album which was recorded, mixed and mastered by Pete Grandison and at Shanghai Twang Studios in Kardinya, Western Australia.

On his first album, Out on Highway One, Joel’s explored the themes of leaving home and discovering the big wide world. The second album, Outback, goes back to Joel’s roots, telling stories of the people of rural Australia where he was born and raised. The Flesh and the Spirit explores internal issues such as the search for love and meaning. The Smile album looks at the passage of time and how it affects us all. With The Human Condition Joel takes on the role of the jester and holds a mirror up to our lives with songs that reflect who we are.

Beginning with the title song, ‘The Human Condition’, we look at the little foibles that make us human. ‘I’m So Busy’ captures the essence of our busy lives and how we communicate with each other. ‘Calling On the Tom Tom’ is a talking blues song that examines how the mobile phone has become such an integral part of our daily lives. ‘She’s Gone’ is a country blues song about a theme central to most blues songs: the story of a man who has lost his woman. The question is, what is he going to do about it? ‘The Queen of the Desert’ is a storytelling song about a beautiful girl who grew up in the outback. ‘Luddites of the World Unite’ is a call to arms for all people who don’t want their lives to be dominated by information technology. ‘Hannah and Daniel’ is a wedding song that Joel wrote for his niece and her prospective husband. ‘Jivin’ at the Juju Bar’ is a rollicking piece about jivin’ at the Juju Bar except that there’s a twist to the tale. ‘Lonesome Cowboy’ is for all those lonesome folk out there. ‘Girls in Four Wheel Drives’ is a tongue in cheek look at girls in all their diversity but it is also about how we stereotype people. ‘Mrs Curly Goes Shopping’ is another storytelling song about another outback woman, this time from Meekathara.

‘There Are Not Enough Hours in the Day’ is an expose of the pressures of modern life and how we should cope with them. ‘Jennae’ is a bitter sweet love song that charts what can happen when there is no commitment to the future. ‘Plain Old Me’ runs through a range of options that the singer could be, before he finally settles on who he is.

The Human Condition Album Release Party recently took place at Kulcha, 13 South Terrace, Fremantle. The band who recorded the CD performed on the night much to the delight of the crowd.

Joel plans to perform songs from his “The Human Conditon: CD at as many festivals  this year as he possibly can. Joel has already performed at the following festivals in the past: Fairbridge Festival, Nannup Music Festival and The Boyup Brook Country Music Festival.

Joel is a man of many talents which not only includes being an artist and musician but also ceramicist and photographer. Joel has exhibited his work throughout Australia since 1978. Much of his work is inspired by the Kimberley region of Western Australia, the outback, where he was born and raised. Making music and entertaining people one way or another, is what Joel has spent his life perfecting, therefore it goes without saying that Joel has worked very hard to bring you, his fans and friends, this worldclass new radio friendly CD release, titled “The Human Condition”

The Human Condition CD and is available through local music stores or direct from Red Dirt Arts, PO Box 147 Mundaring, WA 6073, by email at reddirtarts@bigpond.com , from Joel’s web site at www.joelsmoker.com and from his online shop at http://reddirtarts.corecommerce.com