Celebrate Some Of The Greatest Train Songs 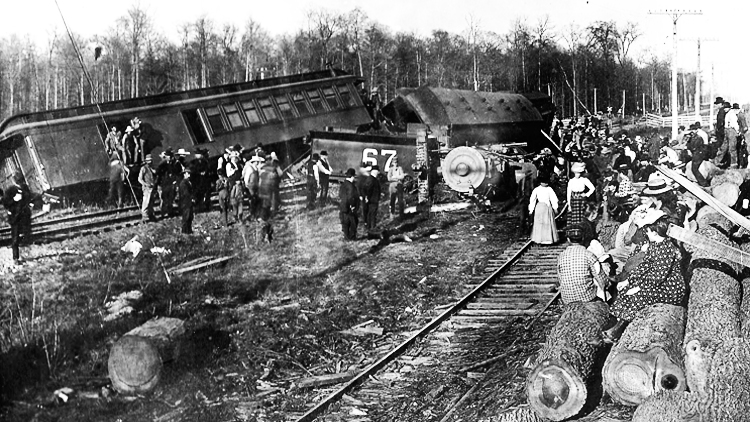 Celebrate Some Of The Greatest Train Songs

No other technology has held a thematic sway over roots and county music like the railway system (okay, maybe distilling) The train has been a symbol of freedom that has captured the imagination of songwriters or generations.

In celebration of Train’s here are some my personal and fan picked favorites.

As a teenager Eaglesmith hopped a freight train out to Western Canada, and began writing songs and performing. It;s natural he’d write a great son about them.

Steve Earle’s post-addiction and post-prison is arguably his best. The GRAMMY-nominated “Train a Comin’ featured older material written when Earle was in his late teens but it;s maturity is evident in songs like “Sometimes She Forgets,” Mercenary Song,” and “Mystery Train part II” whose lyrics finished the day it was recorded.

“Blue Train” a John D.Loudemilk song which was not so popular in the United States but was a #1 for months in South Africa during the early 1960’s

“Orphan Train” tells the story of the orphan trains operated between 1853 and 1929, relocating about 250,000 orphaned, abandoned, or homeless children to foster homes located largely in rural areas of the Midwest. Julie Miller adds just the right atmosphere to this contemporary dirge,

500 Miles is a folk classic credited to Hedy West and made popular by acts like Peter, Paul and Mary (it was the second track on their US #1, May 1962 debut album).A slightly altered version was a hit by Bobby Bare in 1963. Roseanne Cash does a helluva version from her release “The List.”

Billy Joe Shaver, with his late son Eddie picking in the strat, made an instant classic with this one.

Guy Clark wrote “Texas – 1947” bout the first time a diesel sped through his hometown of Monahans in West Texas.

Orange Blossom Special” is a classic by Johnny Cash. Johnny burns up the mouth harp on this one at San Quentin.

City of New Orleans” is a folk song written by Steve Goodman describing a train ride from Chicago to New Orleans. Arlo Guthrie had a hit with i on his 1972 album Hobo’s Lullaby. The way I see it, when Willie Nelson does a song it stays done.

Uncategorized Comments Off on Celebrate Some Of The Greatest Train Songs Print this News
Be Inspired By Rhon Every Monday Morning (Newer)
(Older) Welcome To Jim Rose Remembers Radio May16, 2014