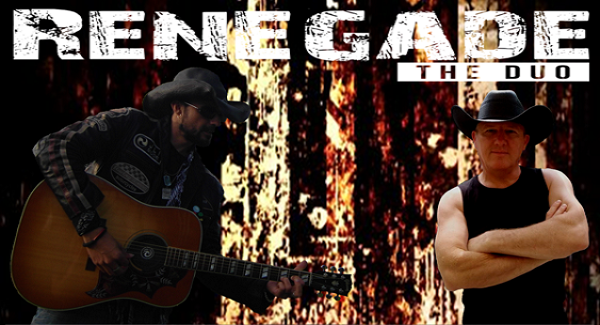 After many years of being in the multi award winning duo Spur with James, they have
now decided to progress their careers down different paths. They had a very successful 7 years performing together and their following enjoyed the presence on stage. Mark would like to wish James the best of luck for the future and they remain good friends. Many of you already know Mark from the circuit but you are about to see him in a way that you have never seen him before! Fresh Songs, challenges and new material coming your way…..
Mark has now teamed up with Dale James and formed a new duo called Renegade. He is also in talks with a few well known artists from the Country Scene regarding future projects
,
so keep an eye and ear out for the next project with Renegade!

They have released to radio a new single, “Sinners”, done”LIVE” which will be included on the new CD they are working on, to be released in early 2014. If any DJ’s have not received the song please contact their promoter, Debbie Dean!