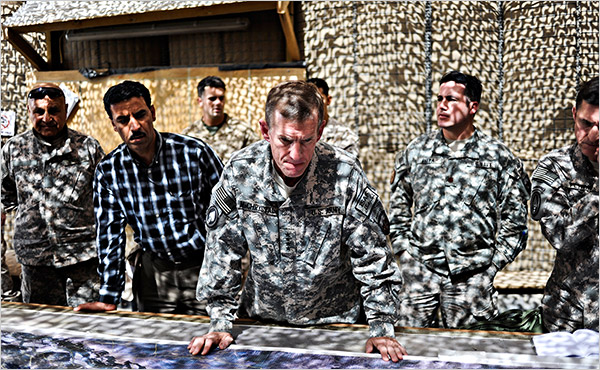 Some men carry and handle their diplomacy better than others……..

When former U.S. Military commander in Afghanistan, Stanley McChrystal, was called into the Oval Office by Barack Obama, he knew things weren’t going to go well when the President accused him of not supporting him in his political role as President.
“It’s not my job to support you as a politician, Mr. President, it’s my job to support you as Commander-in-Chief,” McChrystal replied, and he handed Obama his resignation.
Not satisfied with accepting McChrystal’s resignation the President made a cheap parting shot.
“I bet when I die you’ll be happy to pee on my grave.”

“Mr. President, I always told myself after leaving the Army I’d never stand in line again.”

Is This article received by Barbara Blevins in her mailbox TRUE or FALSE ?

Uncategorized Comments Off on General: I’ll Never Stand In Line Again, True or False ? Print this News
Rhon’s Monday Inspiration Inspired By Jesus Calling (Newer)
(Older) The 4th Of July Is Just Around The Corner