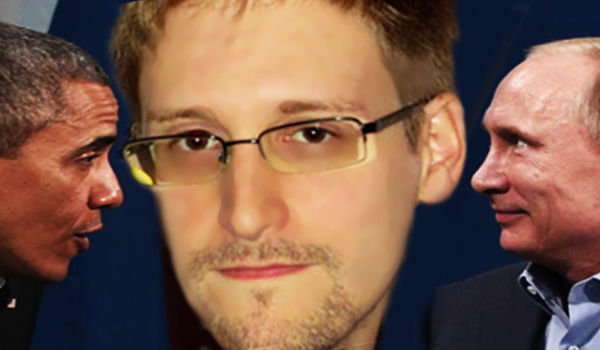 Is Obama Forcing Snowden To Take Refuge With the Enemy?

Snowden has his back against the wall, it seems his home country has made him a bad guy overnight. If it is true that all he wanted to do is let us all know that we are being spied on 24 hours a day, then it is hard for the public to think of him as a bad man. However the media will turn us all against him right or wrong within the next month and we will all cry for his crucifixion. The sad truth will be that we have no idea if he was right or wrong by what he did, and what is worse, the very people spying on us are the ones that are running him down trying it seems to cover up their spying on us, activities. Well that’s about all I will say as I cannot change the world and I cannot even do anything about the well-being of Edward Snowden. I just hope that there still is some justice in the world, and that the rights of the people will survive the total onslaught being waged against it at the moment.

Russia defied White House pressure on Monday to expel NSA leaker Edward Snowden. Meanwhile, the international man of mystery reportedly didn’t show up for a flight he’d booked to Cuba and is now in Russia.

Uncategorized Comments Off on Is Obama Forcing Snowden To Take Refuge ? Print this News
Marty Martel Prayer Line For This Thursday June 26 (Newer)
(Older) Barbara Blevins: Daddy, How Was I Born?

No Comments to Is Obama Forcing Snowden To Take Refuge ?