Our Independent Superstar Jake Clayton At #1 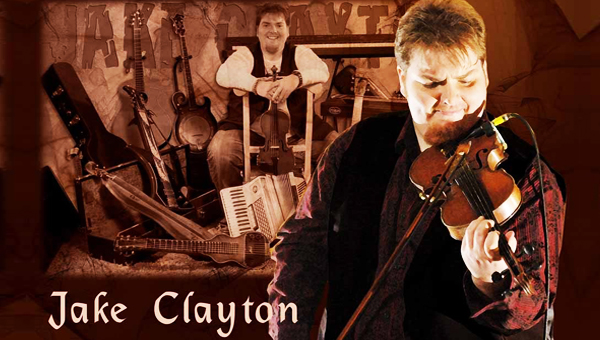 Jake Clayton can now be heard on the current #1 single on Country Music Radio, Thompson Square’s “If I Didn’t Have You”. Jake played Cello and Violin on the track that was produced by NV and recorded at Sound Stage Studios in Nashville. As of May 1st, the song is #1 on both the Billboard Hot Country Songs Chart and the Country Aircheck/ USA Today chart. The duo, Thompson Square, was also recently awarded as the ACM’s ‘Vocal Duo of the Year’ for the second year in a row.

Jake had this to say about his involvement in the recording:
“It all happened so quick. I was pushing a cart full of groceries when I got the call asking if I could come down to Sound Stage Studios with my Violin and Cello. I was told that Thompson Square needed a string section on one of their tracks ASAP! Without missing a beat I pushed the cart aside (sorry Kroger), drove home, threw the instruments in the car, and headed to the studio as quick as I could. Within an hour at the studio we had the string section recorded. As I was packing up, they informed me the song I’d just played on was going to be the new single. A few short months later I’m hearing myself on a #1 Country Music song. It’s an amazing feeling! I’m honored to have been asked to play on the recording.”

Thompson Square acknowledged Jake on his twitter page with the following tweet:
“@thompsonsquare: jake you did an awesome job! Thanks for playing on our record!;) shawna”