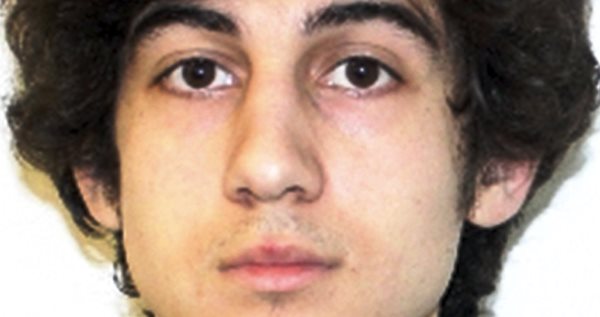 Now if only these two brothers appreciated the freedom and opportunity they were handed on a plate in the United States, they would still be alive today. Further more they would have been at liberty to enjoy a burger at Burger King or watch a movie at the local movie theatre today. They could have slept in their beds tonight and looked forward to a peaceful weekend and gone for a walk in a park on Sunday. If they believed in God they could even have attended Church on Sunday. Maybe they would have wanted to stay home and watch something on TV in the safety of their home last night. There was also a possibility that they may have been invited to a barbecue today by one of their friends and would of had a good time.

However all the things I mentioned above, which most people take for granted, these two brothers could have done this weekend, yet as you all know by now, they will never get to do. For some reason or other they decided to blow up innocent people at a sports event, without any thought of the loss and terrible heartache and grief they would bring to hundreds of people by their unexplained actions.

All they had to do was not to do what they did and their lives would still have been great, as well as  the victims of their terrible actions. Everyone of their victims who lost a limb or a life would still be fine, and those who died by their actions would still be with their loved ones this weekend, and this whole terrible deed would not have happened and we would all have been spared this  heart breaking evil and tragic event.

I cannot help thinking that since America banned God, from most of their public places, including probably the most important place of all their Schools, they have had way to many natural disasters, and now even another terrorist attack and not even to mention the blast in Texas.

If all this is happening because America has turned away from God then more and more disasters could befall the people of the United States. I don’t know if it’s just because I am concerned for my friends in America, but I have never in my entire lifetime heard of so many disasters in so short a time as right now.

I am also confused by the comments made by The President of America, in Boston he quotes passages from the Bible, yet in Washington he bans God from all public places. All I can say is we as people may be fools and easily fooled, but God is without a doubt no fool, and can and will never be fooled by our actions.

When someone says “God Bless The America” they have to  mean it, and above all believe in God, if not, they are just empty words.