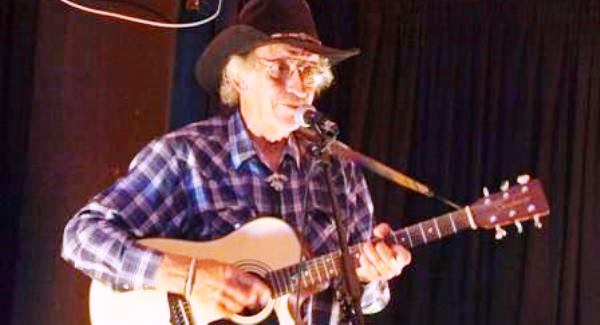 Standing 6’4″ in his stocking feet he is affectionately known as “Big Matt Hurter” and his first “self-written” song, Bicycle Bill, became a #1 hit on Springbok radio and won him the prestigious South African Record Industry Award (SARI). “Bicycle Bill” plus “Big Bad John” written by Jimmy Dean and Roy Acuff, and several more songs written by Matt were included on his 1st LP record that achieved Gold status. Matt Received the award in front of 52,000 fans at the Rand Show, the largest fair in the world outside of the United States.

Other hits by penned and performed by BMI writer Matt include the #1 “Me and My Dog Malcolm” , “If You Want to be A Country Music Singer” “A Word Like Love” and “You’re the Prettiest Woman”. Matt had a major hit with “RIDE SAFE” which he wrote to motivate motorists to pick up the young soldiers who had to hitch a ride during their weekend pass. as Matt says .” I built my first house out of the royalties from that song .

Regarded as a Country Legend in South Africa, Matt has been on every South African TV show featuring Country music such as .. Gentle on my Mind, Kyk Net Country, Sing Country and also hosted the show “Sounds Country.” His newest songs, “A Word Like Love” and “If You Want To Be A Country Singer” are now included on the SA COUNTRY LEGENDS cd just released by EMI South Africa.

After a divorce in the early 80’s ,because of his love for Country music, wanting to write new songs and promote young artists Matt bought a piece of ground and created the “MUSIC FARM”, built a Cowboy Saloon, established the South African Country Music Association and built a home for country music in SA. At the Music Farm it was LIVE music (no backing tracks) . This created work for his fellow musicians, also created a platform for the “under dog” and up and coming artists where they could learn the ropes and mix with the professionals.

As the news spread through the media of Matt’s hard work and contribution to Country music he was recognized and praised by then President of the CMA in Nashville Jo Walker-Meador. Willie Nelson sent Matt a Texas flag which had been specially flown at the State Capital in Austin from sun-up to sunset and a certificate stating that the flag, “herewith presented to Matt Hurter, president of the South African Country Music Association by representative Mark Strama, was flown at the capitol of the sovereign State of Texas and is given in recognition of your love and support of Texas music.”

Matt ran the Music Farm successfully for 15 years. Because of an unfortunate armed robbery at the farm he decided to move to his fiance Nelia’s place of birth in the Western Cape and they now reside in a quiet seaside  village (Pearly Beach).

Matt is still busy flying to gigs all over the country ,  writing songs, managing the SA CMA on Facebook, running an artist booking Agency  for major venues, doing recording for the annual CMA cd and local artists which are featured on U.S. internet country station KWBC.FM

Some of the South  African artists who have been given A KICKSTART by Big Matt include Dusty Dixon , Ray Dylon, Maddy Venter, JJ Strydom, Kerry Lee, Mandie , and many more.

Although he is from the old school, with old school values, standards and principles Matt is now involved in the new world of the internet and all  its amazing opportunities. Many of his colleagues express amazement at his  dedication and energy.

Two of Matt’s favorite quotes are “You don’t have to walk  on water, it’s how you walk on land” and “Do it for your COUNTRY”. Matt is now  represented by Fluffy Cat Records.

Compiled by Nelia Muller and written by Herman Beck.