So Are You Also Soon To Be A Retarded Grandparent 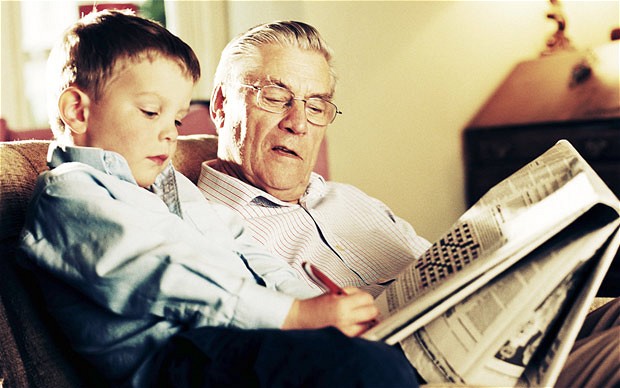 RETARDED GRANDPARENTS (this was actually reported by a teacher)

A teacher asked her young pupils how they spent their holiday away from school. One child wrote the following: We always used to spend the holidays with Grandma and Grandpa. They used to live in a big brick house but Grandpa got retarded and they moved to Batemans Bay where everyone lives in nice little houses, and so they don’t have to mow the grass anymore! They ride around on their bicycles and scooters and wear name tags because they don’t know who they are anymore.

They go to a building called a wreck centre, but they must have got it fixed because it is all okay now. They do exercises there, but they don’t do them very well.

There is a swimming pool too, but they all jump up and down in it with hats on. At their gate, there is a doll house with a little old man sitting in it. He watches all day so nobody can escape.Sometimes they sneak out, and go cruising in their golf carts!  Nobody there cooks, they just eat out.  And, they eat the same thing every night — early birds.

Some of the people can’t get out past the man in the doll house. The ones who do get out, bring food back to the wrecked centre for pot luck.

My Grandma says that Grandpa worked all his life to earn his retardment and says I should work hard so I can be retarded someday too. When I earn my retardment, I want to be the man in the doll house.Then I will let people out, so they can visit their grandchildren.

How Can We Help Comments Off on So Are You Also Soon To Be A Retarded Grandparent Print this News
Marty Martel Prayer Line For Tuesday April 09 (Newer)
(Older) Born In 1954, Year The Donkey’s Went To War