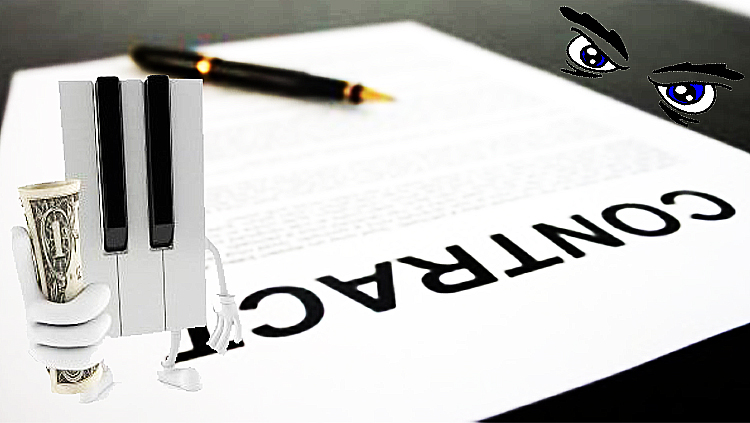 Fortunes are lost and made in the recording industry.  Many a recording artist may find themselves a casualty of unsound business practices.  According to Stephen Hollis, Adams & Adams’ expert on all the contractual ins and outs of  recording industry deals, contracts can be make or break an artist’s career.

Hollis explains how recording artists should best proceed to ensure their intellectual property (IP) is not infringed and that they embark on a career where both they and the record label are protected. Many artists stick to the belief that a recording deal with a major label is the only route to commercial success and they are happy to sign on the dotted line as long as the other contracting party is one of the major record labels. On the other hand, many artists view major recording labels in a negative light – as organisations may seek to exploit unwary and unsuspecting artists. The commercial reality is that one-sided deals do exist – in every field of industry or endeavour.  Artists should understand that there is no obligation on either party involved in the negotiations to ensure that a contract is entered into which would equally benefit both parties.  An argument could be made that any contracting party, such as a record label, should always attempt to negotiate the best deal possible for the label.

It is up to the artist and his/her advisors to completely understand the artist’s rights, negotiating power and commercial expectations and to conclude a deal which will benefit the artist’s career in the long run.  Artists simply cannot afford to plead ignorance when asked to explain a decision to conclude a poorly negotiated record deal.

When you sign a contract, you are generally considered to be bound to the terms of the agreement – whether you later claim that you did not read it or fully understand the implications of the agreement.  This well established legal concept is referenced through the Latin expression of Caveat Subscriptor or ‘Let the signer beware’.

It’s possible that the singer Allanah Miles did not understand the potential contractual implications when she agreed to a record deal which included what is referred to in the music industry as a cross-collateralisation clause, when recording her groundbreaking album, Black Velvet, with Atlantic Records, in 1990.  The clause represented an agreement that Allanah would only begin to earn royalties from record sales of that album once all of Atlantic Records’ incurred costs related to the recording, producing, distribution and marketing of her album were recovered from her profit share. Further, that all of these costs incurred for the second album had to be recovered from her profits received from sales of the first album, before any royalties would become due to her. The costs of the third album would also be recouped in a similar fashion.  What followed was an example of the hidden dangers that may lurk in technical, convoluted record deals.  The album and the hit song, Black Velvet, was a massive hit.  It rose to number one across the world and Black Velvet was regarded as the song most played on the radio (in the world) at that time.  Miles should have felt her wallet bulging every time a fan purchased her record.  Unfortunately, her record label was contractually entitled to hold back on royalty payments whilst recouping the costs they had incurred.  The label overextended financially on the recording and marketing of her second album which was not as successful as the first.  The third album was considered a commercial failure and, due to the cross-collateralisation clause,  Miles failed to realise royalty payments for sales relating to one of the biggest hits on one of the biggest albums of all time.

What other dangers may lurk?

Artists need to realise that it could take years before they can expect to begin to receive royalties from actual record sales in terms of a record deal.  It may be very important for their financial survival to negotiate an advance payment for every record created and delivered to the label in terms of a deal.

Some record labels justify recoupment on the basis that they take full responsibility for the financial risk of the recording project.  If they don’t recoup the money they invest in recording projects, they may very well close their doors and become involved in another line of business.  Although there is some justification to such a line of reasoning, it does not explain why recoupment should, in some instances, be achieved from the artist’s royalty share only and not from all profits received.  Also, it does not consider the artist’s risk in that the artist may spend 12 – 18 months (or longer) working on a project which may bear no financial reward.

Ownership of rights in original music and Intellectual Property

One of the other issues to be navigated is the all important issue of ownership of rights in the music and the artist’s intellectual property.  A record label has every right to show an interest in acquiring the rights in, not only the artist’s recorded performances, but also any original music.   Some record deals will include an assignment(transfer) of rights clauses which result in the artist who composes original music and/or writes original lyrics transferring all of his/her rights in these original works to the label, once the record deal has been signed.   This could have catastrophic results for the artist, who may become completely dependent on the record label . The record label will acquire the right to exploit the original music for the duration of the copyright therein (this could be 50 years from the death of the author) and to receive related profits without the need to share a meaningful portion with the artist.

The role of the record label should not become confused.  The label is there to invest in the creation of the best possible produced recordings of the artist’s material and to exploit these recordings by utilising its well established distribution networks and industry contacts.  This must be for the mutual benefit of the artist and the label.  The artist should at all times be vested with the rights in his/her original music.  The artist should look to sell original works through prominent music publishing houses, not record labels.  The difference between those artists who control the rights in their own music and those who do not can best be seen in the state of affairs of the more recently deceased legendary artists, Michael Jackson and Whitney Houston.  Michael Jackson’s estate received around US$600 million in revenue for the exploitation of his rights in his music and his image rights.  He guarded the rights in his music well and he wrote or co-wrote most of his own music and owned the copyright in these works.    Whitney Houston on the other hand did not write her own music and did not own the copyright. After her untimely passing in 2012, her estate was rumoured to be in dire straits and it only earned US$3.8million from record sales in 2013.   This may seem to be a lot of money, but considering the lost revenues and profits and existing debts, this amount may not be sufficient to keep creditors at bay.

Restrictions on creative control and the re-recording of works are other important issues.   The artist should negotiate to have at least a 50% degree of creative control and re-recording restrictions should be limited insofar as possible to avoid the situation that George Michael, one of the top singer-songwriter recording artists of all time, found himself in, when he became embroiled in a dispute with his then record label, Sony Music Entertainment (UK), in the 1990’s.  The artist was obliged in terms of his record deal to continue to release the kind of music which (for the most part) was seen to make him famous, being that of a sultry sex-symbol.  What sold records for his label became a source of frustration for the artist who wanted to develop artistically in a different direction altogether.  In terms of his record deal, however, he could only record and release new material through Sony Music and he owed the label another six albums in terms of his contract.  Michael refused to release new material and the label refused to release the artist from his contractual obligations.  Following a three year period of court battles, millions were spent in legal fees, resulting in a divorce from his record label after Dreamworks SKG stepped in to buy him out of his contract with Sony Music.

The record company’s obligations and commitments should be clearly stipulated in terms of a good record deal.  Without clear marketing and record release commitments, an artist may find that his/her recorded works are never released commercially or that they are released without the appropriate marketing to back it up to gain the attention of the public.

These comments cover only some of the major issues an artist and his/her advisors should consider when there is a proposed recording deal on the table.

The effects of a written agreement may be long lasting – long enough to span a recording career in any event.  Artists should also bear in mind that record labels depend on finding and cultivating future stars almost as much as they do on maintaining successful agreements with existing, signed stars. Arista Records, the first label to sign Whitney Houston in 1983, announced an increase in gross annual profits from US$35 million (when signing Whitney) to US$400 million in the nineties, largely due to this star’s success.  This underlines how important a commercially successful act can be to a record company.

The bottom line is that artists and record labels are inter-dependent on each other.  If a label is not interested in engaging in earnest and meaningful negotiations with an artist and his/her advisors in order to address the concerns of both parties, the artist would be well advised to head for the door, rather than reaching for the pen.

Recording companies have adapted their business models in the wake of the digital and online revolution and the rampant effect that music piracy has on legitimate record sales and they are generally seeking a wider commercial investment in an artist and the artist’s music which goes beyond the parameters of a traditional recording contract.

Artists in turn should also adapt their business models and educate themselves on their rights and potential revenue streams.

A well negotiated record deal with a major recording company can elevate an artist to the highest levels of commercial success as a major studio remains a juggernaut of the music industry with the financial, marketing and strategic means to establish and maintain a star in a very competitive industry.

For some artists, however, a deal with a major may not be as important as a deal with an independent record label which allows for more creative freedom or which invests more in the artistic direction which the artist may require at that stage of his/her career.  Some artists may simply utilise the internet to promote themselves and launch successful careers in entertainment through online portals such as You Tube or social media websites.

Artists certainly have options available apart from the conclusion of major recording deals and should be alive to the importance of cultivating their abilities to craft creative business opportunities – as much as the writing, composing and/or performing that next big hit.

Adams & Adams is committed to the protection the intellectual property of all things creative, including, but not limited, to music, photography, fashion design, jewellery, furniture, and software.