Taste Of Country Battle Of The Bands 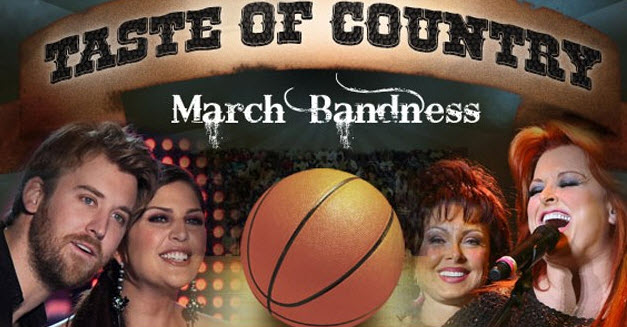 The battle of the bands begins with the hottest band of today against a group that created legendary country music throughout the ’80s. The Judds qualify as a vocal group because they won the Vocal Group of the Year CMA three straight times. Who are we to argue with the Country Music Academy?

In this matchup, Wynonna and Naomi Judd may be the underdogs, however. Lady Antebellum‘s popularity is worldwide, and with every new album they seem to become more and more iconic. Their current hit, ‘Downtown,’ is already a Top 10 smash, and the trio of Charles Kelley, Hillary Scott and Dave Haywood seem poised to blow the roof off the mountain when they play the Taste of Country Music Festival this June.

Ultimately, the fans decide the winner of every March Bandness round. You’re allowed to vote only once every hour. Any voter found to be outpacing that rule will be deemed ineligible, forfeiting their votes. Voting for the Round 1 matchups will end on Sunday, March 17 at 11:59PT ET.

The overall 2013 March Bandness winner will be announced on April 8, the day of the NCAA national championship basketball game.