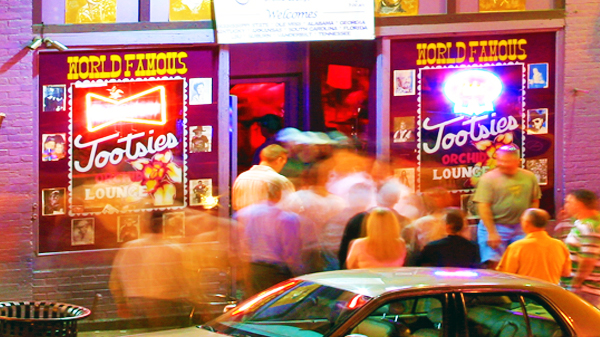 As part of the celebration, Tootsie’s Orchid Lounge is extending their annual “Birthday Bash” to a two-day event with entertainment on the outdoor Broadway stage taking place on both Thursday and Friday nights.

“The Tootsie’s Birthday Bash has become an annual event that everyone looks forward to,” says Tootsie’s proprietor Steve Smith. “We kicked it off at the Ryman with Kris Kristofferson, Terri Clark, Mel Tillis, and Jamey Johnson a few years back.

Then Kid Rock and The Kentucky HeadHunters took the party to the street on Broadway. Last year Dierks Bentley, Randy Houser, and Troy Gentry kicked it up a bit, and who knows who will be coming this year!”

Tootsie’s is known to have been used as a “green room” to some of the greatest Opry stars including Patsy Cline, Hank Williams and Ernest Tubb. “Tootsies is where the stars would come to wet their whistles and pick their guitars,” adds Smith.

Entertainment will be announced in the coming months.

Today, Tootsie’s Orchid Lounge is a must-see Music City destination for tourists and is frequented by locals, including some of the biggest names in country music, who often drop in and surprise patrons with impromptu performances.