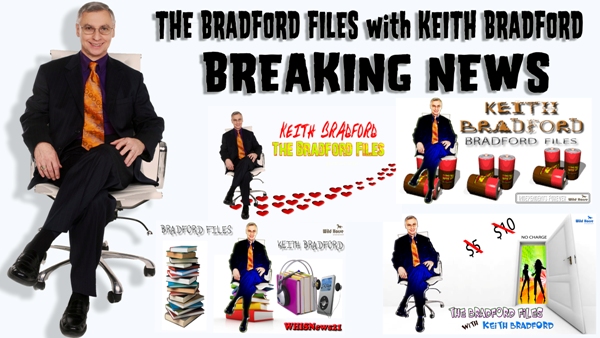 Reality TV has been around for a long time.  Most people watching these shows however feel like a lot of the programing is staged or scripted.  So with that being said if it is going to be at a director’s and writer’s hands and not the true reality of life as it declares it is, then why not make room for virtual TV?  With virtual TV a show host can interview a guest without the guest even being there.  A series of questions can be given to the guest weeks ahead of time.  The guest then video tapes the answers.  Next step the TV host asks the questions and the show editor cuts away to the guest answering the question.  If the guest will take the time to video tape his or her answers in front of a green screen, then that person can actually appear to be on the same set as the host which may be half way around the world in a TV studio.  The chair that I was sitting in when I taped my very first Bradford Files episode was in a TV studio in Toronto, Canada.  Since then my chair with the expertise of Frans Maritz and a little help from Photo Shop, has taken me literally around the world.  With virtual TV the boundaries are limitless.  If an artist sings his latest release in the Nashville Broadcasting Network studio in Nashville, TN and we all agree he or she should make an appearance on a TV show in South Africa, then we can make it happen.  Virtual TV is here.  Are you ready for it?
Keith Bradford
Keith Bradford Promotions
256 E. Old Hickory Blvd. Madison, TN 37115 (615) 612-3899