Lets Get The Rookie Out Of The White House Iacocca 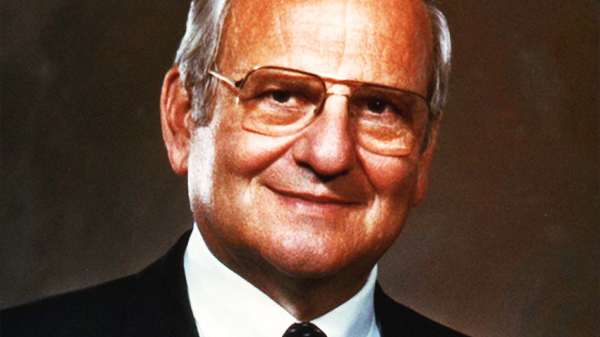 WHERE HAVE ALL THE LEADERS GONE? ASKS LEE IACOCCA

Just as true today as it was when his book first came out. He was, and still is, a brilliant businessman! Often we need to be reminded of Iacocca’s words. Remember Lee Iacocca, the man who rescued Chrysler Corporation from its death throes? He’s now 82 years old  and has a new book, ‘Where Have All The Leaders   Gone?’.  Lee Iacocca Says: ‘Am I the only guy in this country who’s fed up with what’s happening? Where the hell is our outrage with this so-called    president? We should be screaming bloody murder! We’ve got a gang  of tax cheating clueless leftists trying to steer our ship of state right over a cliff, we’ve got corporate gangsters stealing us blind, and we can’t even run a ridiculous cash-for-clunkers program without losing $26 billion of the taxpayers’ money, much less build a hybrid car. But instead of getting mad, everyone   sits around and nods their heads when the politicians say, ‘trust me the economy is getting better…’   Better? You’ve got to be kidding. This is America, not the damned, ‘Titanic’. I’ll give you a sound bite: ‘Throw all the  Democrats out along with Obama!’ You might think I’m getting senile, that I’ve gone off my rocker, and maybe I have. But someone has to speak up. I hardly recognize this country   anymore… The most famous business leaders are not   the innovators but the guys in handcuffs… While we’re fiddling in Afghanistan , Iran is completing their nuclear bombs and missiles and nobody seems to know what to do. And the liberal   press is waving ‘pom-poms’ instead of asking hard questions. That’s not the promise of the ‘ America ‘ my parents and yours   traveled across the ocean for… I’ve had enough. How about   you? I’ll go a step further. You can’t call yourself a patriot if you’re not outraged. This is a fight I’m ready and   willing to have. The Biggest ‘C’ is Crisis! (Iacocca elaborates   on nine C’s of leadership, with crisis being the first.) Leaders are made, not born. Leadership is forged in times   of crisis. It’s easy to sit there with thumb up your butt and   talk theory. Or send someone else’s kids off to war when you’ve   never seen a battlefield yourself. It’s another thing to lead   when your world comes tumbling down.

On September 11, 2001, we needed a strong leader more than any other   time in our history. We needed a steady hand to guide us out of the ashes. A hell of a mess, so here’s where we stand. We’re immersed in a bloody war now with no plan for winning and   no plan for leaving. But our soldiers are dying daily. We’re running the biggest deficit in the history of the world, and it’s getting worse every day! We’ve lost the manufacturing edge to Asia , while our once-great companies are getting slaughtered by health care costs.
Gas prices are going to skyrocket again, and nobody in power has a lucid plan to open drilling to solve the problem. This country has the largest oil reserves in the WORLD, and we cannot drill for it because the politicians have been bought by the flea-hugging environmentalists.
Our   schools are in a complete disaster because of the teachers union. Our borders are like sieves and they want to give all illegals amnesty and free healthcare.The middle class is being squeezed to death every day.These are times that cry out for leadership. But when you look around, you’ve got to ask: ‘Where have all the  leaders gone?’ Where are the curious, creative communicators? Where are the people of character, courage, conviction, omnipotence, and common sense? I may be a sucker for alliteration, but I think you get the point. Name me a leader who has a better idea for homeland security than making us take off our shoes in airports and throw away our shampoo?

We’ve spent billions of dollars building a huge new bureaucracy, and all we know how to do is react to things that have already happened.Everyone’s hunkering down, fingers crossed, hoping the   government will make it better for them. Now, that’s just   crazy… Deal with life. Name me an industry leader who is   thinking creatively about how we can restore our competitive edge   in manufacturing. Who would have believed that there could ever   be a time when ‘The Big Three’ referred to Japanese car   companies? How did this happen, and more important, look what   Obama did about it! Name me a government leader who can   articulate a plan for paying down the debit, or solving the   energy crisis, or managing the health care problem. The silence   is deafening. But these are the crises that are eating away at   our country and milking the middle class dry.
I have news for the Chicago gangsters in Congress. We didn’t elect you to turn this country into a losing European Socialist state.What is everybody so afraid of? That some bonehead on NBC or CNN news   will call them a name? Give me a break. Why don’t you guys show some spine for a change?
Had Enough? Hey, I’m not   trying to be the voice of gloom and doom here. I’m trying to light a fire. I’m speaking out because I have hope – I believe in America. In my lifetime, I’ve had the privilege of living   through some of America ‘s greatest moments. I’ve also experienced some of our worst crises: The ‘Great Depression,’   ‘World War II,’ the ‘Korean War,’ the ‘Kennedy Assassination,’the ‘Vietnam War,’ the 1970’s oil crisis, and the struggles of recent years since 9/11.
Make your own contribution by sending this to everyone you know and care about. It’s our country, folks, and it’s our future. Our future is at stake!!

The above is another one of dozens of mails that are sent in everyday for publication on WHISNews21. We apologize for not publishing them all, it is just that time is not on our side and cannot get it all done everyday.