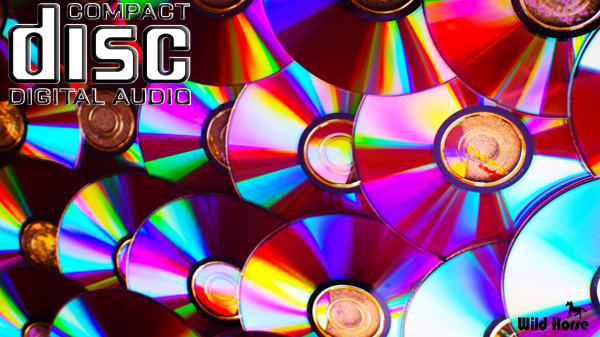 Before the advent of the compact disc, the most portable method for transporting your music would be an analog cassette tape. Before that it was 8-track tapes and before those you pretty much had to lug your radio around to take music with you on the go. On October 1st, 1982, Sony released the first compact disc players into the marketplace in Japan, and by the end of the decade, they would be the dominant medium with which music consumers got their fix.

CDs really did revolutionize the way we listened to music. They were digital, so you could play them over and over again and never wear any grooves or a magnetic tape out; so you had no loss of audio over time. While susceptible to scratching still, we could be far less worried about handling them like precious gems, like we did with vinyl records. While hardcore audiophiles still prefer an analog source for their music to digital, the fact is that the advent of listening to music on CDs eventually helped lead to the paradigm of recording music digitally as well, bringing in a new age of more affordable recording setups for musicians everywhere.
The compact disc would also go on to revolutionize the home theater experience as well. Up to that point, the high-tech solution for watching cinema at home would involve a bulky Laserdisc that while capable of delivering great picture and sound, was rather cumbersome to deal with. Then came the advent of DVDs, which were compact discs designed to deliver audio and video information to disc players.

As music on CDs started to replace vinyl and ultimately cassette, it was only a matter of time before the ability to compress musical data to the point of making files small enough to fit a massive library of music on your computer’s hard drive was invented.
The advent of the MP3 file probably would not have come about if weren’t able to just toss the disc into our drives and “rip” the music off of it. Since we were already sitting at the computer to listen to the songs on the disc, it made it that much easier to create your music library from your discs.
Ironically, in a way the CD helped bring about its own relevancy decline, as services like iTunes gained popularity and it was no longer necessary to buy an entire album on a CD that you’d have to store on a shelf somewhere. Now you could get your digital music directly from a retailer and the file would just magically appear on your computer.

Collectors will always hand to hold some kind of physical media, but the average consumer is just fine with buying the MP3 file, or nowadays just streaming the content on a content provider service like Pandora or Spotify.The nature of the music industry is for technology to continually change the way that content is delivered to consumers.
In another thirty years perhaps even music streaming or MP3 file purchasing may seem odd to us. But there’s no denying the fact that when Sony unleashed its tiny silver discs on the masses, it helped set the stage for the digital revolution that would wind up forcing the music industry to adapt to the new computer age, and for that everyone owes the CD a big “thank you.”
Article by James Schlarmann, sent in by Keith Bradford

Uncategorized Comments Off on The Compact Disc Turns 30 Years Old, Happy, Happy Print this News
South Africa Is On The Brink Of An Economic War (Newer)
(Older) Some Lines That Never Got A Chance To Escape